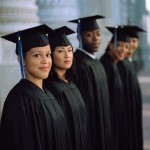 As we wrote in our article NEA Report Card: F, the education problem has been growing in America for decades, as the costs of educating our children skyrocket and students are churned out of the public education system and universities with less and less actual education.

Man-on-the-street interviews reveal that college age Americans have little or no understanding of American history or the political process. They appear to be focused on leftist political issues, like man-made global warming, and if any of them question their leftist professors or the nonsense they spew in classrooms, they are automatically flunked from the course.

A decades-long growing battle between liberals and conservatives over education is culminating in conservative calls to either get the government and unions out of education altogether, or to entirely overhaul the system.

Of course, Democrat Party presidential candidates are upping the ante in votes-for-handouts campaigning, offering free college educations to all young Americans in exchange for making them president. None of the Democrats inform the electorate who will pay for all of that free education in the face of a $20 trillion debt, and it fails to solve the problem of churning armies of knuckleheads out of our universities.

The major problems with the current system are:

1) costs have artificially skyrocketed and the taxpayer is left holding the bag for much of it while students incur decades of debt; and

The Federalist Press editors propose a new higher education option, patterned somewhat after the current online degree or CLEP and DANTES higher education programs being utilized by a handful of students.

In this age of digital access it is feasible to launch a program that provides students with online classes, with lectures by top experts in every field and stunning graphics, videos and demonstrations of the principles and concepts being taught. A basic 2 year core curriculum will ensure that all students receive across-the-board instruction in math, science, English, history, American politics, etc. Then specialization will occur in 3rd and 4th year online courses. This is essentially how colleges and universities are supposed to offer classes now, but they have strayed far from their mandate, with tragic results.

To help reduce cheating on exams, a major problem in the current system as well, testing centers should be established for this online university system with certified proctors to administer standardized, computerized tests.

Students can take online courses at their own pace, and show up to take the exams at proctored centers as soon as they have completed each course. 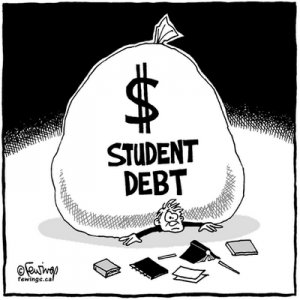 Costs, which will be only a fraction of the current $500 billion, can be shared by students and the taxpayers. Students can pay a low flat fee for each course, and the federal government can dramatically cut its higher education budget and finance the remaining cost of the online university system.

This will replace the current Student Loan program, which essentially supports a bloated, ineffective higher education system that is little more than a propaganda arm of the global leftist movement. It will also eliminate the current hurdle of student debt, hanged around the neck of most graduating students in America.

This proposal will provide higher education for anyone who wants it, and anyone who is self-motivated enough to do the work. It doesn’t get any easier, cheaper or better than this.