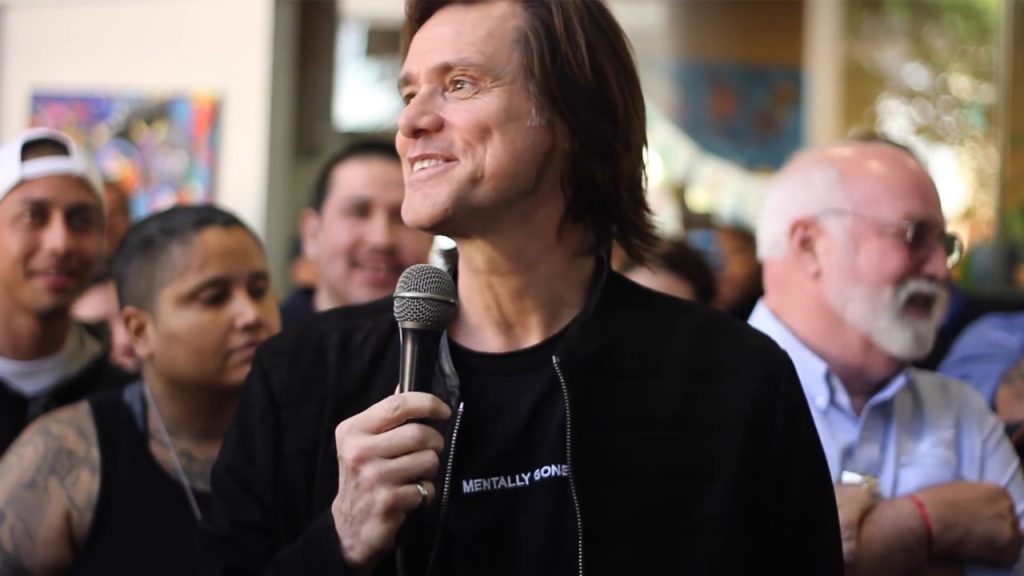 A video showing actor and comedian Jim Carrey giving a remarkable speech about faith and forgiveness to former convicts is garnering significant attention.

Carrey delivered the remarks in June to Homeboy Industries in Los Angeles. According to its website, Homeboy Industries “provides hope, training, and support to formerly gang-involved and previously incarcerated men and women allowing them to redirect their lives and become contributing members of our community.” More than 10,000 former gang members use Homeboy Industries every year.

“You are heroes to me, and I admire you,” Carrey said to the crowd at Homeboy Industries. “When you stepped through these doors, you decided to be a part of this family. You made a decision to transcend and to leave darkness behind, and it takes a champion to make that decision.”

“Your being here is an indication that you’ve made that decision already,” Carrey added. “You’ve made the decision to walk through the gate of forgiveness, to grace—just as Christ did on the cross. He suffered terribly and was broken by it, to the point of doubt and a feeling of absolute abandonment, which all of you have felt. And then there was a decision to be made, and the decision was to look upon the people who were causing that suffering, or the situation that was causing that suffering, with compassion and with forgiveness. And that’s what opens the gates to heaven for all of us.”

Since being posted on YouTube, Carrey’s brief speech has been viewed more than 378,000 times.