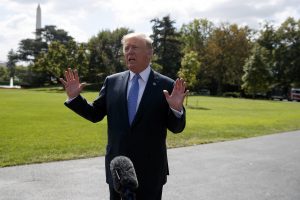 In a victory for the Trump White House, a temporary restraining order to halt the president’s pick for acting director of the Consumer Financial Protection Bureau (CFPB), Mick Mulvaney, was denied by a judge late Tuesday though the decision is likely to be appealed.

The ruling comes after a nasty partisan spat that pitted the Trump administration against an Obama-era holdover.

Leandra English was elevated to acting deputy director Friday when Richard Cordray resigned. The fight for control bled into the weekend and on Sunday, English filed an emergency restraining order to keep Mulvaney out. 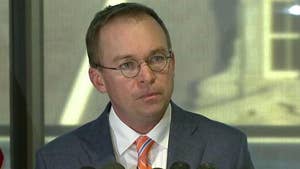 The government filed a response to English’s restraining-order request late Monday, calling her claims to the office a “bureaucratic sleight-of-hand” meant to circumvent presidential authority.

English cited the Dodd-Frank Act, which created the CFPB. She said that as deputy director, she became the acting director under the law and argued that the federal law the White House contends supports Trump’s appointment of Mulvaney doesn’t apply when another statute designates a successor.

“We are pleased with the court’s decision to deny the request for a temporary restraining order, finding that the plaintiff had not shown a substantial likelihood of success on the merits,” Lauren Ehrsam, a spokesperson with the Department of Justice, said in a statement.

Former CFPB litigation counsel Deepak Gupta, who represented English, said the career civil servant would weigh her next step but added he didn’t think Kelly’s ruling was “the final stop for this case.”

Earlier Tuesday, Mulvaney instructed staff to “disregard” instructions from English and then tweeted a picture of himself working at a desk under the handle @CFPBDirector.

“Consistent with my email from yesterday, please disregard any email sent by, or instructions you receive from, Ms. English when she is purporting to act as the Acting Director,” Mulvaney wrote in an email Tuesday. “I apologize for having to send this instruction again. And I feel terrible about you folks being put in this position, as I understand it can be both confusing and disruptive.”

The scene was a follow-up to an awkward power struggle that played out Monday when Mulvaney and English both showed up for work. Mulvaney brought donuts. English sent out post-Thanksgiving holiday wishes.

Both declared in emails that they were in charge.

Mulvaney, a former congressman, has called the agency a “joke” and an example of bureaucracy run amok. He is expected to dismantle much of what the bureau has done.

A new director for the CFPB must be confirmed by the Senate.

Fox News’ Jake Gibson and The Associated Press contributed to this report.