Notice: Function add_theme_support( 'html5' ) was called incorrectly. You need to pass an array of types. Please see Debugging in WordPress for more information. (This message was added in version 3.6.1.) in /home/kj8d9sfz7jzn/public_html/federalistpress.com/wp-includes/functions.php on line 5831
 Jury Acquits Leaders of Oregon Standoff of Federal Charges 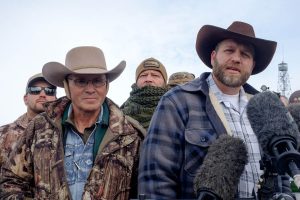 PORTLAND, Ore. –  The leaders of an armed group who seized a national wildlife refuge in rural Oregon were acquitted Thursday in the 41-day standoff that brought new attention to a long-running dispute over control of federal lands in the U.S. West.

A jury found brothers Ammon and Ryan Bundy not guilty a firearm in a federal facility and conspiring to impede federal workers from their jobs at the Malheur National Wildlife Refuge, 300 miles southeast of Portland where the trial took place. Five co-defendants also were tried one or both of the charges.

Despite the acquittal, the Bundys were expected to stand trial in Nevada early next year on charges stemming from another high-profile standoff with federal agents. Authorities rounding up cattle at their father Cliven Bundy’s ranch in 2014 because of unpaid grazing fees released the animals as they faced armed protesters.

The brothers are part of a Nevada ranching family embroiled in a lengthy fight over the use of public range, and their occupation drew an international spotlight to a uniquely American West dispute: federal restrictions on ranching, mining and logging to protect the environment. The U.S. government, which controls much of the land in the West, says it tries to balance industry, recreation and wildlife concerns to benefit all.

The armed occupiers were allowed to come and go for several weeks as authorities tried to avoid bloodshed seen in past standoffs.

The confrontations reignited clashes dating to the so-called Sagebrush Rebellion of the late 1970s, when Western states such as Nevada tried to win more control of vast federal land holdings.

The group began occupying the bird sanctuary in remote southeastern Oregon on Jan. 2. They objected to prison sentences handed down to Dwight and Steven Hammond, two local ranchers convicted of setting fires. They demanded the government free the father and son and relinquish control of public lands to local officials.

Ammon Bundy gave frequent news conferences and the group used social media in a mostly unsuccessful effort to get others to join them. 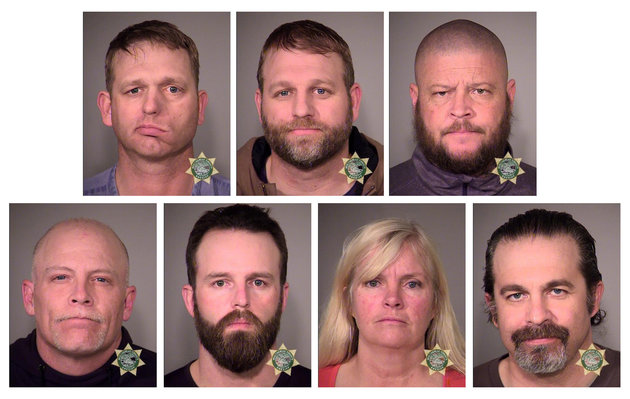 The Bundys and other key figures were arrested in a Jan. 26 traffic stop outside the refuge that ended with police fatally shooting Robert “LaVoy” Finicum, an occupation spokesman. Most occupiers left after his death, but four holdouts remained until Feb. 11, when they surrendered after a lengthy negotiation.

At trial, the case was seemingly open-and-shut. There was no dispute the group seized the refuge, established armed patrols and vetted those who visited.

“Ladies and gentlemen, this case is not a whodunit,” Assistant U.S. Attorney Ethan Knight said in his closing argument, arguing that the group decided to take over a federal workplace that didn’t belong to them.

On technical grounds, the defendants said they never discussed stopping individual workers from accessing their offices but merely wanted the land and the buildings. On emotional grounds, Ammon Bundy and other defendants argued that the takeover was an act of civil disobedience against an out-of-control federal government that has crippled the rural West.

Federal prosecutors took two weeks to present their case, finishing with a display of more than 30 guns seized after the standoff. An FBI agent testified that 16,636 live rounds and nearly 1,700 spent casings were found.

Bundy testified in his defense, spending three days amplifying his belief that government overreach is destroying Western communities that rely on the land.

He said the plan was to take ownership of the refuge by occupying it for a period of time and then turn it over to local officials to use as they saw fit.

Bundy also testified that the occupiers carried guns because they would have been arrested immediately otherwise and to protect themselves against possible government attack.

Ryan Bundy, who acted his own attorney, did not testify.

Authorities had charged 26 occupiers with conspiracy. Eleven pleaded guilty, and another had the charge dropped. Seven defendants chose not to be tried at this time. Their trial is scheduled to begin Feb. 14.