Jose Ines Garcia Zarate was found not guilty Thursday of murdering Kate Steinle on Pier 14 in San Francisco in July 2015 in a case that sparked a heated national debate over illegal immigration and so-called sanctuary cities.

Zarate was acquitted of first and second degree murder and involuntary manslaughter. He also was found not guilty of assault with a semi-automatic weapon. He was found guilty of possessing a firearm by a felon. The jury had deliberated for six days.

Steinle was walking with her father and a family friend in July 2015 when she was shot, collapsing into her father’s arms. Zarate had been released from a San Francisco jail about three months before the shooting, despite a request by federal immigration authorities to detain him for deportation.

U.S. Immigration and Customs Enforcement announced late Thursday: “Following the conclusion of this case, ICE will work to take custody of Mr. Garcia Zarate and ultimately remove him from the country.” 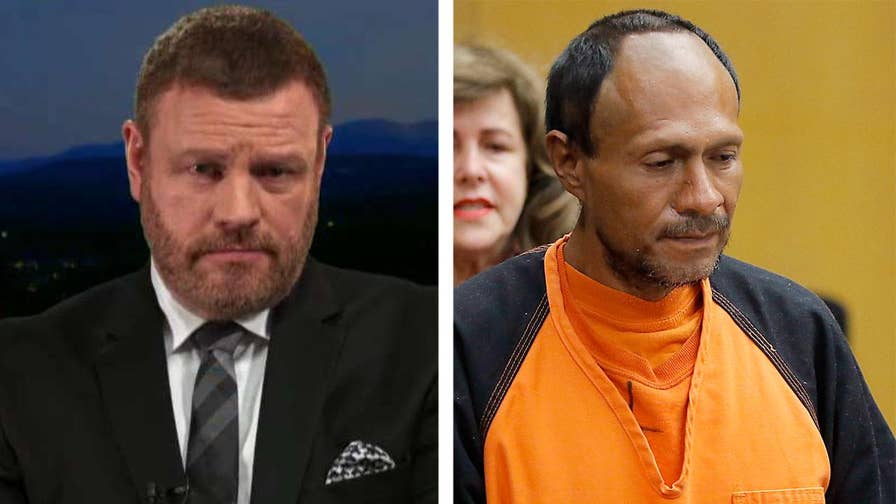 ICE Deputy Director Tom Homan added, “San Francisco’s policy of refusing to honor ICE detainers is a blatant threat to public safety and undermines the rule of law. This tragedy could have been prevented if San Francisco had turned the alien over to ICE, as we requested, instead of releasing him back onto the streets.”

In a response to the verdict, Attorney General Jeff Sessions released a statement saying that despite California’s attempt at a murder conviction, Zarate was able to walk away with only a firearm possession conviction because he was not turned over by San Francisco to ICE.

“When jurisdictions choose to return criminal aliens to the streets rather than turning them over to federal immigration authorities, they put the public’s safety at risk,” the statement said. “San Francisco’s decision to protect criminal aliens led to the preventable and heartbreaking death of Kate Steinle.”

Upon leaving the courtroom, representatives from both sides spoke to reporters. Defense Attorney Matt Gonzalez offered his condolences to the Steinle family and said the outcome of the case did not make what happened in 2015 any less terrible.

Public Defender Jeff Adachi also released a statement saying Zarate was “extremely relieved” by the outcome and that while Steinle’s death “was a horrible tragedy,” it was used as “political fodder for then candidate Donald Trump’s anti-immigration agenda.”

Adachi added, “Despite the unfairly politicized atmosphere surrounding this case, jurors focused on the evidence, which was clear and convincing, and rendered a just verdict.”

A spokesperson for the district attorney’s office said the verdict was not the one prosecutors were seeking but at the end of the day, the jury ultimately makes the decision. Prosecutors also said the Steinle family was “incredible” and that their hearts went out to them.

While Zarate’s immigration status brought the case into the national spotlight, jurors did not hear evidence about that, and it was not a factor in the trial. 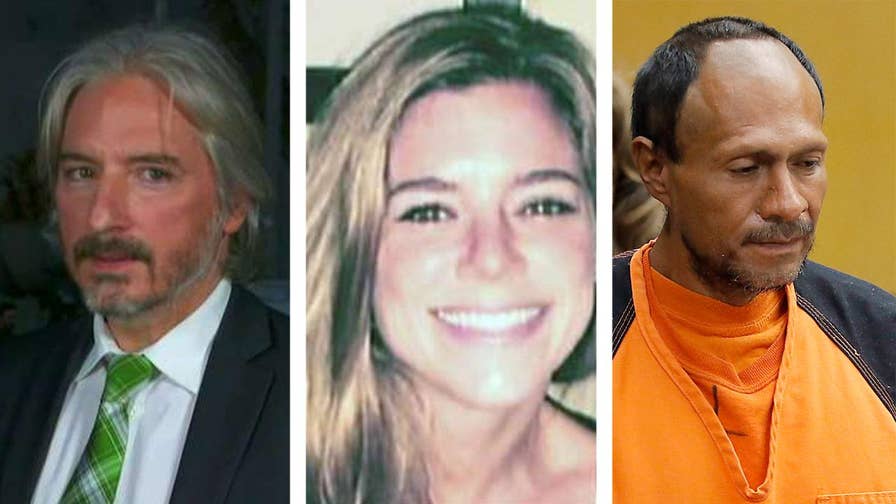 After 12 days of testimony, dozens of witnesses and two days of closing arguments, the jury had to decide whether Steinle’s death was the result of an act of murder or a tragic accident.

Reporters in the room said the jurors looked very somber as they entered. When the judge was handed the verdict, the courtroom was completely silent. During the reading of the not guilty verdict of involuntary manslaughter, the defense team nodded in approval but didn’t show any emotion. Zarate sat stoically in his seat.

Earlier in the day, the bailiff and court clerk were seen entering the jury room with a small yellow evidence bag before retreating with it a few minutes later.

A source inside the courtroom confirmed that the jury asked to see the gun used to shoot Steinle. Zarate and his defense team maintained the argument that the suspect found the stolen weapon on the pier that day and it “just fired.”

The gun belonged to a federal Bureau of Land Management ranger and was stolen from his parked car a week earlier.

The bullet ricocheted on the pier’s concrete walkway before it struck Steinle, killing her. Zarate has admitted to shooting Steinle, but says it was an accident.

However, the prosecution painted a very different picture, telling jurors that Zarate deliberately shot the gun towards Steinle while “playing his own secret version of Russian roulette.”

Following Steinle’s death, Congress took action to pass new legislation called Kate’s Law. The law — passed by the House of Representatives in June — increases the penalties for deported aliens who try to return to the United States and are caught.

Fox News’ Claudia Cowan and Jennifer Girdon in San Francisco and The Associated Press contributed to this report.