Notice: Function add_theme_support( 'html5' ) was called incorrectly. You need to pass an array of types. Please see Debugging in WordPress for more information. (This message was added in version 3.6.1.) in /home/kj8d9sfz7jzn/public_html/federalistpress.com/wp-includes/functions.php on line 5831
 Kimberley Strassel: Insubordination and Bias at FBI

Justice Department Inspector General Michael Horowitz’s 500-page report covers plenty, but it can be distilled to two words he uses to describe the Federal Bureau of Investigation during the 2016 election: insubordination and bias. Two terms that are chilling in connection with such a powerful agency.

That won’t be the message from Democrats and most of the press, who will focus on a few episodes they will claim cost Hillary Clinton an election. Watch for them to blame former FBI Director James Comey, whom the report faults for “a serious error of judgment,” for having “concealed information” from superiors, and for “violation of or disregard for” departmental and bureau policies. 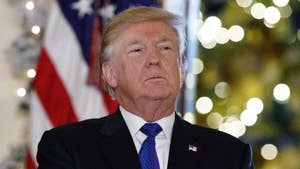 True, the report is damning about the man who lectures Americans on “higher loyalty.” It describes how an “insubordinate” Mr. Comey was, as early as April 2016, considering how to cut his Justice Department bosses from a public statement exonerating Hillary Clinton. He hid this scheme for fear “they would instruct him not to do it”—and therefore was able to “avoid supervision.” He then “violated long-standing Department practice and protocol” by using his July 5 press conference for “criticizing Clinton’s uncharged conduct.” In October, he made public that the FBI had reopened the investigation, even though the Justice Department recommended he not do so. Mr. Comey went rogue, and President Trump had plenty of justification in firing him in May 2017.

Yet it is the report’s findings on the wider culture of the FBI and Justice Department that are most alarming. The report depicts agencies that operate outside the rules to which they hold everybody else, and that showed extraordinary bias while investigating two presidential candidates.

Kimberley Strassel writes the Potomac Watch column for the Wall Street Journal where she is a member of the editorial board. Her latest book is “The Intimidation Game: How the Left Is Silencing Free Speech” (Twelve, 2016).  Follow her on Twitter @KimStrassel.