Notice: Function add_theme_support( 'html5' ) was called incorrectly. You need to pass an array of types. Please see Debugging in WordPress for more information. (This message was added in version 3.6.1.) in /home/kj8d9sfz7jzn/public_html/federalistpress.com/wp-includes/functions.php on line 5831
 Lawmakers Eye New Taxes on Guns, Ammo in Latest Wave of Legislation

Lawmakers looking to more tightly regulate firearms in the wake of the Newtown school shooting and other massacres are moving at the state and federal levels to introduce new taxes on firearms and ammunition. 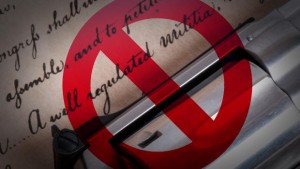 The proposals range from the modest — a proposed 5 percent tax in New Jersey — to the steep — a proposed 50 percent ammo tax in Maryland. The bills follow efforts to ban assault weapons and high-capacity magazines and expand background checks, measures that have had mixed success at the state level.

The taxes — much like so-called “sin taxes,” like those on cigarettes — serve a dual purpose. They can deter buyers, while using the extra revenue for favored programs. In this case, the sponsors want to direct the money toward mental health services, police training and victims’ treatment.

“If anything, gun owners ought to be getting a tax rebate for helping reduce crime,” said Lawrence Keane, senior vice president and general counsel for the National Shooting Sports Foundation.

He said the purpose of the taxes is to “frustrate and limit the exercise of the Second Amendment.” While noting some of the revenue from these taxes and fees would go to victims’ services, Keane said those paying the tax are mostly not those responsible for gun crime.

“We’re obviously extremely opposed to try to tax the lawful exercise of the Second Amendment rights by law-abiding Americans,” he told FoxNews.com.

Firearms manufacturers already pay a federal tax, which goes toward wildlife conservation. A tax on sales would make firearms costlier.

At the federal level, Rep. Linda Sanchez, D-Calif., proposed a bill that would impose a 10 percent tax on “any concealable” firearm. The revenue would be used to help fund a national gun buyback program. The bill is still in committee.

At the state level in California, Democratic state Rep. Roger Dickinson last month introduced a bill to impose a 5-cent tax on every bullet.

“A limited tax on ammunition is a small price to pay for better mental health care for children in our state,” he said in a recent statement. The revenue from the tax would go toward screening young people for mental illness.

And according to the Las Vegas Review Journal, Assembly Majority Leader William Horne is pushing a draft bill that would include a $25 per gun sales tax, in addition to a 2-cent tax for every round of ammunition.

The tax proposals are just one element of a multi-front campaign by pro-gun control lawmakers to rein in firearms.

While some states — particularly Colorado — have moved full-steam ahead with new gun regulation, the movement on Capitol Hill has been more restrained. A Senate committee last week voted to enhance penalties on illegal gun buys, but other bills are still on hold.

President Obama, who got the ball rolling on gun legislation but has not said much publicly on the topic since, plans to speak to supporters and donors on Wednesday in Washington — where he is expected to touch on the gun control issue.