Notice: Function add_theme_support( 'html5' ) was called incorrectly. You need to pass an array of types. Please see Debugging in WordPress for more information. (This message was added in version 3.6.1.) in /home/kj8d9sfz7jzn/public_html/federalistpress.com/wp-includes/functions.php on line 5831
 Leftist Inquisition Begins Against ‘Climate Change Disbelievers’ 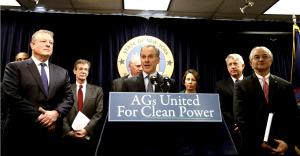 Beginning in 1478, the Spanish Inquisition systematically silenced any citizen who held views that did not align with the king’s. Using the powerful arm of the government, the grand inquisitor, Tomas de Torquemada, and his henchmen sought out all those who held religious, scientific, or moral views that conflicted with the monarch’s, punishing the “heretics” with jail sentences; property confiscation; fines; and in severe cases, torture and execution.

One of the lasting results of the Spanish Inquisition was a stifling of speech, thought, and scientific debate throughout Spain. By treating one set of scientific views as absolute, infallible, and above critique, Spain silenced many brilliant individuals and stopped the development of new ideas and technological innovations. Spain became a scientific backwater.

As an old adage says, those who cannot remember the past are condemned to repeat it. So we now have a new inquisition underway in America in the 21st century—something that would have seemed unimaginable not too long ago.

Treating climate change as an absolute, unassailable fact, instead of what it is—an unproven, controversial scientific theory—a group of state attorneys general have announced that they will be targeting any companies that challenge the catastrophic climate change religion.

Speaking at a press conference on March 29, New York Attorney General Eric Schneiderman said, “The bottom line is simple: Climate change is real.” He went on to say that if companies are committing fraud by “lying” about the dangers of climate change, they will “pursue them to the fullest extent of the law.”

The coalition of 17 inquisitors are calling themselves “AGs United for Clean Power.” The coalition consists of 15 state attorneys general (California, Connecticut, Illinois, Iowa, Maine, Maryland, Massachusetts, Minnesota, New Mexico, New York, Oregon, Rhode Island, Vermont, Virginia, and Washington State), as well as the attorneys general of the District of Columbia and the Virgin Islands. Sixteen of the seventeen members are Democrats, while the attorney general for the Virgin Islands, Claude Walker, is an independent.

The inquisitors are threatening legal action and huge fines against anyone who declines to believe in an unproven scientific theory.

The inquisitors are threatening legal action and huge fines against anyone who declines to believe in an unproven scientific theory.

Schneiderman and Kamala Harris, representing New York and California, respectively, have already launched investigations into ExxonMobil for allegedly funding research that questioned climate change. Exxon emphatically denounced the accusations as false, pointing out that the investigation that “uncovered” this research was funded by advocacy foundations that publicly support climate change activism.

Standing next to Schneiderman throughout the press conference was the grand inquisitor himself, former Vice President Al Gore, who has stepped into the role of Tomas de Torquemada.

Gore, who narrated a climate change propaganda film in 2006 entitled “An Inconvenient Truth,” praised the coalition, stating that “what these attorneys general are doing is exceptionally important.” Neither Gore nor the “AGs United for Clean Power” has any concern over the First Amendment or the stifling of scientific debate.

When pressed on the effect such investigations and prosecutions will have on free speech, General Schneiderman claimed that climate change dissenters are committing “fraud” and are not protected by the First Amendment.

This comes on top of U.S. Attorney General Loretta Lynch admitting that the Justice Department is discussing the possibility of pursing civil actions against climate change deniers, and that she has already “referred it to the FBI to consider whether or not it meets the criteria for which” federal law enforcement could take action.

As we have said before, “[l]evel-headed, objective prosecutors should not be interested in investigating or prosecuting anyone over a scientific theory that is the subject of great debate.” And yet that is exactly what the AGs United for “Political” Power are going to do.

Fortunately, there are other state attorneys general who understand the importance of the rule of law as opposed to what they say is an “ambition to use the law to silence voices with which we disagree.” Oklahoma Attorney General Scott Pruitt and Alabama Attorney General Luther Strange said they would not be joining this coalition:

Reasonable minds can disagree about the science behind global warming, and disagree they do. This scientific and political debate is healthy and should be encouraged. It should not be silenced with threats of criminal prosecution by those who believe that their position is the only correct one and that all dissenting voices must therefore be intimidated and coerced into silence. It is inappropriate for State Attorneys General to use the power of their office to attempt to silence core political speech on one of the major policy debates of our time.

Although the Spanish Inquisition ended almost 200 years ago, the American Climate Change Inquisition appears to be just getting started. By threatening legal action and huge fines against anyone who declines to believe their climate theories, the attorneys general in this coalition are trying to end the debate over climate change, declaring any dissent to be blasphemy regardless of what many scientists believe.

This strikes a serious blow against the free flow of ideas and the vigorous debate over scientific issues that is a hallmark of an advanced, technological society like ours.

By Hans von Spakovsky — an authority on a wide range of issues—including civil rights, civil justice, the First Amendment, immigration, the rule of law and government reform—as a senior legal fellow in The Heritage Foundation’s Edwin Meese III Center for Legal and Judicial Studies and manager of the think tank’s Election Law Reform Initiative.