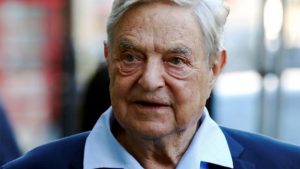 The 86-year-old was cautious about the market prior to November’s election became more bearish after Trump’s win. So far, the bet was a mistake, and the stock market has risen about 9 percent over the past two months, the report said.

Soros Fund Management LLC has about 250 traders and manages about $30 billion. The billionaire took a more active role in the company in anticipation of turmoil in China and the European Union, the report said, citing people familiar with the matter.

Over the past few years, Soros has become an advocate and donor for liberal causes.  His name reportedly appeared in the Wikileaks emails of Hillary Clinton’s campaign chairman John Podesta 60 times.

Soros, who last year, called on a “global system of political decision-making,” came out strongly against Trump during the campaign. He reportedly contributed  $7 million to Priorities USA Action and gave Clinton’s campaign the maximum $2,700 donation. He also contributed $5 million to a super PAC aimed at mobilizing Latinos and other immigrants in hopes to stop the Trump campaign.

Soros has a long history of contributing millions to liberal political causes, and pockets don’t get much deeper than his. He ranked No. 23 in the latest Forbes richest men list.

The Wall Street Journal reported that overall, Soros’ fund is up about 5 percent on the year.