Notice: Function add_theme_support( 'html5' ) was called incorrectly. You need to pass an array of types. Please see Debugging in WordPress for more information. (This message was added in version 3.6.1.) in /home/kj8d9sfz7jzn/public_html/federalistpress.com/wp-includes/functions.php on line 5831
 Liberal Bob Beckel: Hold off on Muslim Students Coming to US 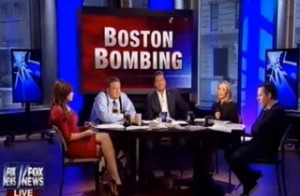 Liberal member of Fox’s The Five opines that Muslims are actively recruited by terrorists, so until we can get a handle on the worldwide problem.

Beckel said, “I think we really have to consider, given the fact so many people hate us, that we’re going to have to cut off Muslim students coming to this country for some period of time so that we can absorb what we’ve got and look at what we’ve got and decide whether some of the people here should be going — be sent home or sent to prison.”

Beckel wondered how many who are currently here harbor resentment toward the United States.

Liberal media are back-stepping Beckel’s comments trying to convince audiences that his is a minority view in liberal circles.