Notice: Function add_theme_support( 'html5' ) was called incorrectly. You need to pass an array of types. Please see Debugging in WordPress for more information. (This message was added in version 3.6.1.) in /home/kj8d9sfz7jzn/public_html/federalistpress.com/wp-includes/functions.php on line 5831
 Liberals Have Created Murder Monsters 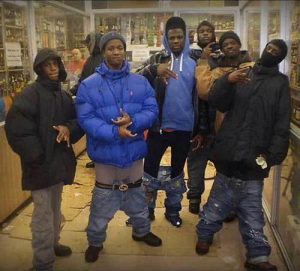 America watched in horror as 19-year-old Nikolas Cruz murdered 17 students and faculty at his former Florida high school. Predictably, progressives, liberals and leftists began beating the same old “gun control” drums. They have been floating extravagant claims that this was actually the 18th such murderous attack at schools in just the first 6 weeks in 2018. If only Congress would pass a law, these murderous attacks would stop–that is the leftist mantra.

CHALLENGE: Liberals–tell us now; what law could Congress pass to prevent the murderous attacks on children and young adults in America?

Over the past 48 hours this question has been posed hundreds of times on television and radio programs, and not one leftist has been able to articulate a workable piece of legislation that would eliminate these murders, including mass murder rampages in “no gun” zones like schools.

Fact: Around 330 million guns are owned by approximately 110 million Americans. Most citizens that own firearms are never involved in a gun violence incident (0.02%)

Fact: The cities in America with the strictest gun control laws also have the highest gun violence and murder rates.

Fact: Almost all of those who commit murder in America, especially carried out with gun violence, are young men who supported Barack Obama for president.

Fact: Total gun violence last year was 61,500 incidents, resulting in 15,590 deaths, and 31,183 injuries. The greatest part of these were black-on-black criminals, in liberal cities with strict gun control laws.

Fact: Assault weapons ARE UNLAWFUL in America. The AR-15 rifle is not an assault weapon, or even an automatic weapon. Although consumers like it’s quasi-military look–it is just a one-shot at a time rifle. 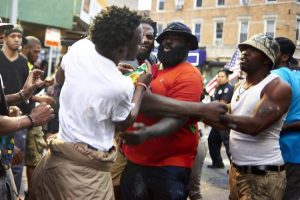 When I was young, most families owned a gun, and most young men received training in how to use firearms. This training was offered at schools, at scouts, and by local gun enthusiast organizations. There were very few gun violence incidents during that time.

Clearly, gun control laws, or the lack of more of them, are not the answer. What is the answer? If liberals are serious about stopping or even slowing gun violence in America, to curb the greatest volume of gun violence they should begin be keeping guns out of the hands of young urban minority males–the people who actually commit most of the murders. Of course, they protest that this is racial profiling–which only tells us that they aren’t buying their own BS about gun control.

The real answer is to reverse the tide of Leftist propaganda in America. Reverse the anti-God, Anti-Christian, Anti-Family, Anti-American, Anti-Personal Responsibility instruction that the Left has been force-feeding our children, and begin to teach them to be productive, responsible citizens again.

I didn’t think so.