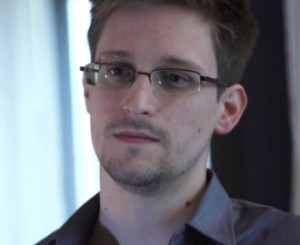 Last week, Justin Amash, the two-term libertarian Republican congressman from Michigan, joined with John Conyers, the 25-term liberal Democratic congressman from the same state, to offer an amendment to legislation funding the National Security Agency (NSA). If enacted, the Amash-Conyers amendment would have forced the government’s domestic spies when seeking search warrants to capture Americans’ phone calls, texts and emails first to identify their targets and produce evidence of their terror-related activities before a judge may issue a warrant. The support they garnered had a surprising result that stunned the Washington establishment.

The final vote, in which the Amash-Conyers amendment was defeated by 205 to 217, was delayed for a few hours by the House Republican leadership, which opposed the measure. The Republican leadership team, in conjunction with President Obama and House Minority Leader Nancy Pelosi, needed more time for arm-twisting so as to avoid a humiliating loss.

But the House rank-and-file did succeed in sending a message to the big-government types in both parties: Nearly half of the House of Representatives has had enough of government spying and then lying about it, and understands that spying on every American simply cannot withstand minimal legal scrutiny or basic constitutional analysis.

The president is deeply into this and no doubt wishes he wasn’t. He now says he welcomed the debate in the House on whether his spies can have all they want from us or whether they are subject to constitutional requirements for their warrants. Surely he knows that the Supreme Court has ruled consistently since the time of the Civil War that the government is always subject to the Constitution, wherever it goes and whatever it does.

As basic as that sounds, it is not a universally held belief among the power elites. Gen. James Clapper, the current boss of all domestic spies, obviously lied when he testified under oath to a Senate committee recently that the government was not accumulating massive amounts of data about tens or hundreds of millions of Americans.

Gen. Keith Alexander, the head of the NSA, materially misled a House committee when he was asked under oath whether the NSA has the “ability” to listen to phone calls and he stated it lacks the “authority” to do so. Right off the bat, we can see that these senior spies do not feel bound by the laws prohibiting perjury and the misleading of Congress.

Congress itself has legislatively attempted to amend the Constitution, knowing that the supreme law of the land can only be amended by three-quarters of the states. The Constitution requires probable cause of criminal activity to be presented to a judge as a precondition of the judge issuing a search warrant. It also requires that the warrant particularly describe the place to be searched or the person or thing to be seized.

Yet, Congress told the secret FISA court that it can avoid the Constitution and issue a warrant to any spy looking for the phone calls and electronic communications of anyone in America, without probable cause, without naming the persons whose records are sought and without describing the place to be searched. Secrecy-smitten judges, whose clerks are NSA agents and who are not permitted to keep copies of their own rulings, have gone along with this.

Obama, who did not want a national debate on all this before Edward Snowden blew the whistle on it, has backed off of his earlier claims that the feds are not reading emails or listening to phone calls.

He has done this, no doubt, in light of unrefuted statements by Snowden and other NSA whistleblowers to the effect that federal spies can, with the press of a computer key, read emails and hear phone calls.

Only after the Snowden revelations did Obama welcome the “debate” in the House. That debate, in which more than half of his own party rejected his spying, lasted precisely 24 minutes.

How can a deliberative body of 434 current members debate an issue as monumental as whether the government is bound by the Constitution when it seeks out terrorists in just 24 minutes?

Apparently, the House Republican leadership that established the absurd 24-minute rule feared a serious and meaningful public discussion in which its authoritarian impulses would need to confront the Constitution its members swore to uphold. In that 24-minute time span, millions — millions — of Americans’ phone calls and emails were swept into the NSA’s supercomputers in defiance of the Constitution.

There is a political wildfire burning in the land, and we should all be grateful to Snowden for igniting it. The fire eventually will consume the political derelictions of those who have abandoned their oaths to uphold the Constitution so they can sound tough back home.

The Amash-Conyers amendment would have required the feds to tell the court the name of the person whose communications they seek and the evidence they have against that person — just as the Constitution requires. And it would have prohibited the NSA dragnets the Constitution obviously was written to prevent.

Instead we have the almost unimaginable prospect and the nearly unthinkable reality of the feds claiming that they can legally put every person in America under their privacy-invading scrutiny in order to catch a few dozen evil ones — most of whom were entrapped by the FBI in the first place and never posed a serious danger to the public or the nation.

Would we all be safer if the feds could knock down any door they wished and arrest any person they chose? Who would want to live in such a society? What value is the Constitution if those in whose hands we have reposed it for safekeeping are afraid to do so?

I expect that the Amash-Conyers amendment will be back on the floor of the House soon. When it is, who will have the courage to preserve, protect and defend personal liberty in a free society?

By Andrew P. Napolitano, a former judge of the Superior Court of New Jersey; is the senior judicial analyst at Fox News Channel. Judge Napolitano has written seven books on the U.S. Constitution. His latest is “Theodore and Woodrow: How Two American Presidents Destroyed Constitutional Freedom.”