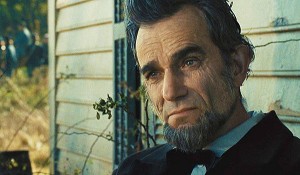 By Hollywood standards, Lincoln has done respectable business at the box office and Daniel Day-Lewis’s performance as America’s 16th president is stunning, but a botched marketing campaign and a lack of ideological diversity among those who made the film have left tens, perhaps hundreds of millions of dollars on the table — money that could have lined the coffers of legendary director Steven Spielberg and his partners, Disney and 20th Century Fox.

First, there was the team that brought forth this film about the president who founded the Republican party, a team led by the blue-state heroes Steven Spielberg, screenwriter Tony Kushner, author Doris Kearns Goodwin, and Daniel Day-Lewis. To understand the message that the makeup of this team sent to Lincoln’s natural fan base, one would have to imagine the reaction had the gay community learned that Milk, the biopic about one of the most beloved members of its community, was going to be directed by Clint Eastwood, star Mel Gibson, be based on a book by David Barton, with a screenplay written by Dinesh D’Souza.

And if that lineup of blue-state heroes wasn’t enough to discourage interest from red-state Lincoln fans, Mr. Spielberg probably sealed the deal when he directly insulted them, declaring: “The parties traded political places over the last 150 years. That in itself is a great story, how the Republican party went from a progressive party in 1865, and how the Democrats were represented in the picture, to the way it’s just the opposite today.”

Red-staters didn’t miss the insult: “Did Steven Spielberg say the GOP is just like the slave-holding South?” asked Warner Todd Huston at the conservative BigHollywood.com.

There is another surefire way to keep traditionalist audiences away from a movie, and the makers of Lincoln played that card as well: bad language. According to a Hollywood Reporter poll released last year, it is Lincoln’s natural fan base that is most offended by cursing in movies, with a whopping 79 percent of Republicans saying that American movies feature too many four-letter words.

Traditionalists took Spielberg to task on this front: “Sadly, the movie also contains about 40 obscenities and profanities, including four ‘f’ words and more than 10 GDs,” noted MovieGuide, a site that a good number of traditionalists consult before attending movies. Another reviewer, at Christian Answers, observed: “I was particularly sensitive to the use of the LORD’s name, but there is also a lot of vulgarity, with numerous f***, son of a bi***, da**, cr**, pi**, sh**, he** throughout the movie. There were also uses of the name of Jesus in a profane manner. Mostly, I was very disappointed that there were over 10 uses of ‘g** d***.’”

Declining to give Lincoln its much-sought-after seal of approval, the influential Dove Foundation also questioned the veracity of the cursing, noting that “the language they feature in the film (and this includes Lincoln cursing as well) does not line up with the morals and language of the time period.” Indeed, the historical record casts doubt on the notion that Lincoln cursed the way Spielberg and Kushner imagined. Lincoln personally meted out punishment to his troops who used profanity, on one occasion ordering that Captain Jesse Armstrong be docked a month’s pay for merely calling a fellow soldier a “damned liar” and “damned sh**ass.”

And it’s not only conservatives who have criticized Lincoln’s potty mouth. In an interview after the film’s release, the Civil War historian and Lincoln biographer James McPherson, who met with Spielberg and Kushner to provide background for the screenplay, noted: “Lincoln rarely if ever used profanity, and some of the dialogue calls for him to do that. I thought that was a bit jarring.”

Inserting profanity ahistorically and attempting to tell traditionalist stories even while various cast and crew members insult those who form the film’s natural audience may sound like bad business moves, but they’re common practice in Hollywood, in spite of their box-office consequences. In this case, they surely cost Lincoln some amount of foot traffic, if a 48-year-old named Leigh who posted her concerns at Christian Answers is any indication:

I refuse to pay for and go to a movie where God’s name is taken in vain. There are numerous Web sites out there which will tell you positive and negative aspects of a movie, so that you don’t unknowingly subject yourself or your family to movie content that all Christians should refuse to be a part of. I believe Lincoln would be horrified to know how he was portrayed, and the profanity that Steven Spielberg forced his character to say.

The film’s marketing campaign was equally obtuse as cast and crew members fanned out across mainstream media for appearances on The Charlie Rose Show, Oprah, and various NPR, MSNBC, and PBS programs, while ignoring The O’Reilly Factor, Hannity, Huckabee, Limbaugh, Beck, the 700 Club (of the Christian Broadcasting Network), and other red-state favorites.

Presented with the opportunity to make a film that accurately reflected the morals of Lincoln’s time instead of ours and to develop and market the film in a manner that would appeal to all Americans, center, right, and left, Mr. Spielberg instead chose another path, one that will almost certainly see his film honored at the Oscars, but that will also forfeit big bucks in box-office receipts. The 79 percent of Americans who, according to Gallup, make up the center-right majority of the nation are showing their displeasure with Lincoln by voting with their feet and asking important questions: Why would moviegoers shell out money to see a picture that seems to intentionally offend their core values? Why would traditionalists pay any attention to filmmakers who think their communities are beneath them and not even worth a minimum of outreach?

Lincoln’s box-office numbers are falling short of their potential, which shows — once again — that Hollywood still has a lot of work to do if it wants to better understand its customers.

— Mark Joseph is an author and producer whose most recent book is The Lion, the Professor, and the Movies: Narnia’s Journey to the Big Screen.