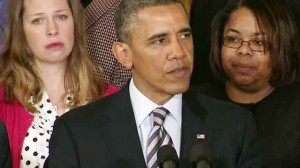 Mark Levin opened his show today livid over Obama’s announcement that he will ignore the legislature and use his pen to write executive orders. He says the separation of powers are the key to our Republic and yet today Obama just announced that he would assume lawmaking powers via executive orders.

Mark Levin says what’s going on here is that we are witnessing a gradual, quiet coup:

He’s just announced that he is going to assume lawmaking powers. He does not recognize the majority in the House of Representatives. I don’t know how much more clearly he can say it. You know what this is folks? This is a gradual, quiet coup. That’s what is taking place. It’s gradual. It’s quiet, in the sense that it’s non-violent. But it’s a coup!

Listen to the entire segment below: