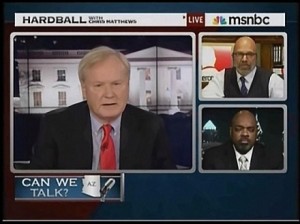 Comedian George Carlin famously joked about the seven words you couldn’t say on air. Add two more – “Islam” and “Muslim” – but only if you use them in a negative context.

In the week following the terror attack on the Boston Marathon, lefties and their media clones have been desperate to point out the attack had nothing to do with those two scary words.

After all, journalists and pundits have had time to reflect on the bombing – from the safety of their posh offices and not Boston’s crowded hospitals. The brothers were just poor and misunderstood. It can’t be their fault.

The Brothers Tsarnaev have set media tongues a-wagging looking for someone to blame other than Muslims – like Americans.

Today in American we have a media so obsessed with feeling good about themselves, that America can’t have a conversation about the dangers of radical Islam.

According to Brokaw, we’re to blame. “I think we also have to examine the use of drones that the United States is involved in and – and there are a lot of civilians who are innocently killed in a drone attack in Pakistan, in Afghanistan, and in Iraq.”

Why? American “presumptuousness,” a crime which now merits the death penalty in certain Islamic circles.

, “U.S. officials said Tuesday, adding another piece to the body of evidence they say suggests the two brothers were motivated by an anti-American, radical version of Islam.”

The media felt they knew better.

At MSNBC, they must be hanging gymnastics medals after the contortions it put its staff through. 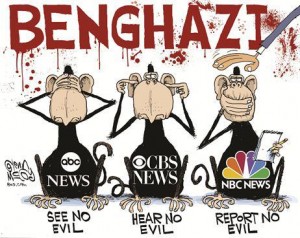 When MSNBC’s Rachel Maddow asked a Georgetown professor about “some radicalized YouTube clips” on the older brother’s YouTube page, she received a classic response.

told her: “Well, and keep in mind that on his, on the elder brother’s, Tamerlan’s YouTube channel, there are an equal number of rap videos.” When Georgetown professors start commenting on the content of rap videos, it’s fair to say they’re clueless. Or tragically unhip.

Another MSNBC host continued that smokescreen theme, comparing the bombers to famous murderers.

said if the brothers had acted alone, “it ends debate regarding whether to try him as an enemy combatant,” wrote

Mediaite. “With no ties to foreign terrorist networks, there would be little difference between him and so-called homegrown and lone wolf terrorists including Timothy McVeigh and Ted Kaczynski.” Only neither of those was motivated by a global belief system linked to hundreds or thousands of terror attacks.

Perhaps, instead of being PC, they might address the issue of radical Islam, especially since two Muslim men

were just arrested for a Canadian terror plot.

The media are doing law-abiding American Muslims no favors by refusing to acknowledge a problem – radical Islam – that threatens them as well. But note the term, “radical Islam.”

It is not being overly PC to admit that millions of American Muslims don’t go blowing up their neighbors. Since I have Muslim neighbors, I appreciate that fact.

had visited Russia’s terrorist-filled Dagestan. And that Russia had asked the U.S. to investigate his ties to radical Islam. Oopsie.

One of The Atlantic’s “reporters” even did her best to minimize the skill of the terrorists to downplay the attack. “The more we learn of Boston bombers the more they seem like bumblers. And there’s the rub: any idiot can terrorize, doesn’t require genius,” tweeted

say 264 people were treated at local hospitals, along three killed.

Then there were those who couldn’t let that old crisis go to waste. So they used a terror attack on Americans to promote…gun control. New Yorker editor David Remnick

told the “Charlie Rose” show that guns were part of the problem.

“We see yet another act which might have been a Hell of a lot more difficult to pull off with effective gun control.” Remnick is a Pulitzer Prize winner. Unsurprisingly, he didn’t get it in logic.

Even my friend, lefty radio

host Thom Hartmann used the bombing to attack “all forms of religious fundamentalism that lead to violence.” Thom, like most liberals, isn’t especially tolerant of religion and said this was “a good opportunity for us to have a conversation about modernity versus Bronze Age gods.” Nothing says open-mindedness like calling Christianity “Bronze Age gods.”

What it all adds up to, is a media so obsessed with feeling good about themselves, that America can’t have a conversation about the dangers of radical Islam. It’s a world tailor made for people like nutty columnist David Sirota

(OK, that’s like saying “wet ocean”). Sirota, you’ll recall, hoped that the bombers might be “a white American.”

As it turns out, it didn’t matter. The media just report what they want anyhow.

. He writes frequently about media for Fox News Opinion. He can also be contacted on Facebook and Twitter