Notice: Function add_theme_support( 'html5' ) was called incorrectly. You need to pass an array of types. Please see Debugging in WordPress for more information. (This message was added in version 3.6.1.) in /home/kj8d9sfz7jzn/public_html/federalistpress.com/wp-includes/functions.php on line 5831
 Mizzou Pays a Price for Appeasing the Left

Enrollment is down more than 2,000. The campus has had to take seven dormitories out of service.

Timothy Vaughn dutifully cheered the University of Missouri for a decade, sitting in the stands with his swag, two hot dogs and a Diet Coke. He estimates he attended between 60 and 85 athletic events every year—football and basketball games and even tennis matches and gymnastics meets. But after the infamous protests of fall 2015, Missouri lost this die-hard fan. 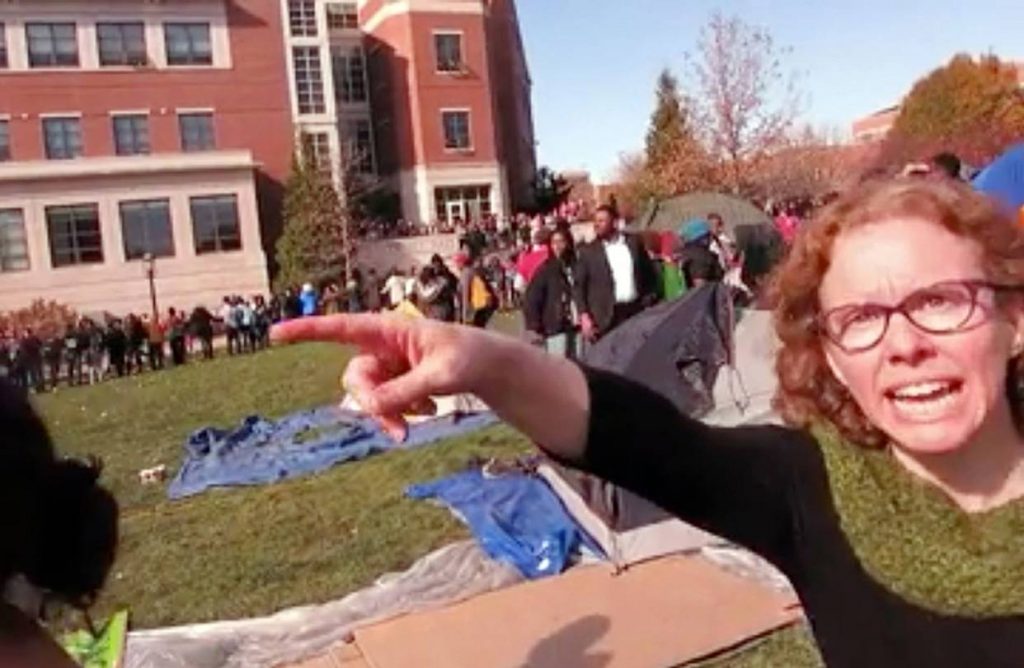 He was not alone. Thousands of pages of emails I obtained through the Missouri Freedom of Information Act show that many alumni and other supporters were disgusted with administrators’ feeble response to the disruptions. Like Mr. Vaughn, many promised they’d stop attending athletic events. Others vowed they’d never send their children or grandchildren to the university. It now appears many of them have made good on those promises.

The commotion began in October 2015, when student activists claiming that “racism lives here” sent administrators a lengthy list of demands. Among them: The president of the University of Missouri system should resign after delivering a handwritten apology acknowledging his “white male privilege”; the curriculum should include “comprehensive racial awareness and inclusion” training; and 10% of the faculty and staff should be black.

Two weeks later, a student announced he was going on a hunger strike, and the football team refused to practice or play until the university met the demands. As protesters occupied the quad, administrators bent over backward to accommodate them, even providing a power strip so they could charge phones and a generator so they could camp in comfort. A communications instructor, Melissa Click, appeared on viral video calling for “muscle” to remove a student reporter from the quad. By Nov. 9, both the president and the chancellor of Mizzou, as the flagship Columbia campus is known, had resigned.

Donors, parents, alumni, sports fans and prospective students raged against the administration’s caving in. “At breakfast this morning, my wife and I agreed that MU is NOT a school we would even consider for our three children,” wrote Victor Wirtz, a 1978 alum, adding that the university “has devolved into the Berkeley of the Midwest.”

As classes begin this week, freshmen enrollment is down 35% since the protests, according to the latest numbers the university has publicly released. Mizzou is beginning the year with the smallest incoming class since 1999. Overall enrollment is down by more than 2,000 students, to 33,200. The campus has taken seven dormitories out of service.

The plummeting support has also cost jobs. In May, Mizzou announced it would lay off as many as 100 people and eliminate 300 more positions through retirement and attrition. Last year the university reduced its library staff and cut 50 cleaning and maintenance jobs.

The university says its teams’ losing streaks have driven away fans, state budget cuts have strained its finances, and competition from other nearby universities has contributed to its lowered enrollment. But the protests were the truly catastrophic factor, compounding the other difficulties. Administrators saw it coming during the crisis, when they fretted in emails about “a PR nightmare” and “the middle of the road people we’re losing.” The past three semesters have validated their worst fears.

This phenomenon isn’t limited to Mizzou. Private institutions like Yale and Middlebury aren’t covered by public-records laws, so they can conceal the backlash. But when public universities have released emails after giving in to campus radicals, they have consistently shown administrators face the same public outrage.

Virginia Tech received numerous phone calls and more than 100 angry emails last year after it disinvited Jason Riley, a columnist for this newspaper, from speaking on campus. “While we can respond to the people who write to us, we cannot dispel the negative impression created by the media against the president, the university, the dean and the college and the department,” one administrator woefully told his colleagues.

Virginia Tech administrators also noted that news of the debacle reached millions on Twitter, where the reactions were “overwhelmingly negative toward the university and higher education in general.” Once again, a frustrated public vowed to yank support.

By Jillian Kay Melchior. Ms. Melchior is an editorial writer for the Journal.