Notice: Function add_theme_support( 'html5' ) was called incorrectly. You need to pass an array of types. Please see Debugging in WordPress for more information. (This message was added in version 3.6.1.) in /home/kj8d9sfz7jzn/public_html/federalistpress.com/wp-includes/functions.php on line 5831
 MOBY: CIA Recruited Me to Spread False Narrative of Trump-Russia Collusion 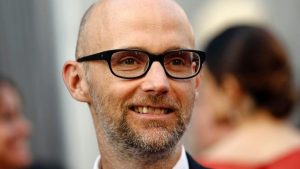 Singer Moby claimed his friends in the CIA asked him to spread the word that President Trump has ties to Russia because he has a larger social media following than the government agency.

Moby, whose birth name is Richard Melville Hall, told Kentucky radio station WFPK in an interview this week that he has friends in the CIA who asked him for his help.

The subject came up after the host, Kyle Meredith, asked the electronic singer about his cryptic Facebook post he wrote in 2017. The post stated that after he spent time with friends who “work in D.C.” he could “accurately post” that the Fusion GPS Dossier was “100% real. He’s being blackmailed by the Russian government.” The post also claimed Trump has colluded “with the Russian government, and has been since day one,” wants to go to war and there are “right-wing plans to get rid of Trump.”

Moby said he wrote the post because his “friends” he claimed are “active and former CIA agents” asked him to “pass on some information.”

“They were like, ‘This is the Manchurian Candidate, like [Putin] has a Russian agent as the President of the United States,’” he told Meredith. “So they passed on some information to me and they said, like, ‘Look, you have more of a social media following than any of us do, can you please post some of these things just in a way that sort of put it out there.’”

Moby concluded by saying he did not know if “there was collusion” but “where there is smoke there is fire.”

Meredith and Moby spoke more about politics before ending the interview asking the singer who he would like to see run for president next.

Trump and the Kremlin have repeatedly denied allegations that Russia and the Trump campaign colluded in the 2016 presidential election. A special counsel, led by former FBI Director Robert Mueller has been appointed to investigate the potential wrongdoing.