Notice: Function add_theme_support( 'html5' ) was called incorrectly. You need to pass an array of types. Please see Debugging in WordPress for more information. (This message was added in version 3.6.1.) in /home/kj8d9sfz7jzn/public_html/federalistpress.com/wp-includes/functions.php on line 5831
 Mom Wears Burqa to Rescue Kidnapped Son in Egypt 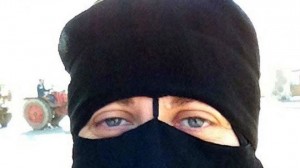 Through the slit of the burqa she wore to blend in on the streets of Alexandria, Egypt, Kalli Atteya waited and watched until the boy climbed off the school bus. When she saw him, she moved quickly, grabbing his arm and steering him toward the waiting motorized cart.”Get in,” she said to the 12-year-old, who recognized his mother’s piercing blue eyes and obeyed wordlessly.Soon, they were speeding toward a safehouse where they would wait for three weeks before returning to the U.S., and ending a 20-month ordeal that began with another abduction — one the boy, Khalil Mohamed “Niko” Atteya, did not accept willingly. His father, Mohamed Atteya, who is wanted by the U.S. authorities, is accused of luring the mother and son to his homeland, then snatching the boy and leaving Kalli Atteya and her sister on the side of a desolate road between Cairo and Port Said on Aug. 1, 2011.

“My Dad forced me to be Muslim, which I did not want to do,” Niko, who has been back in Pennsylvania for more than a month, told FoxNews.com.

A world away, he had a determined mother who would spare no expense and even risk her own safety to save her boy. After a torturous struggle that included false leads, false hopes and more than $100,000 spent, Kalli Atteya finally showed what the love and determination of a mom can do

“I was really nervous, but I was bound and determined to take my son,” she told FoxNews.com during an interview in Chambersburg, Pa., near where Atteya and her son now live. 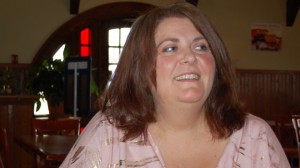 With the help of a local guide, the 45-year-old mother had tracked her only child and her ex-husband, a man she had married more than a dozen years earlier, after meeting him at the Harrisburg, Pa., restaurant where he worked as a dishwasher. Mohamed Atteya, 38, who speaks Arabic, English and Chinese, and is wanted by the U.S. State Department’s Bureau of Diplomatic Security Service for making false statements and providing forged documents to obtain a U.S. passport, had no idea his tenacious ex-wife was on his trail.

“I followed him,” Kalli Atteya said. “I mean, I came really close to him several different times. [Mohamed] didn’t recognize me, but my son did and when he saw me for the first time, he turned pale.”

When the time came, neither mom nor son hesitated.

“My first reaction was [to wonder] if that was my mom or not, and then I saw her eyes,” Niko said. “I thought, ‘Thank God. I’m going to finally get out of here. I’m going to be free.’”

These days, Niko is preparing to be home-schooled soon and begin his long reintegration process. He hopes to one day play football on his junior high school team and is grateful to be back in America. His mother is happy, too, though there is the constant fear that Mohamed Atteya will again appear in their lives, tracking down his son and trying once again to drag the boy back to Egypt and force him to live as a strict Muslim.

“My son told me [it was] to make him a Muslim,” Atteya replied when asked why she thought her ex-husband snatched the boy. “He said that we lack the morality and the values that their system has. And he said that Americans were so violent, he said we are a rotting society.”

“I saw him and walked right up to him, grabbed him by the arm and said, ‘Get in.'”- Kalliopi ‘Kalli’ Atteya

Kalli Atteya’s fears are stoked by the vivid memory of the downward spiral of their marriage that culminated in the cruel betrayal that almost cost her her son.

It was in 1999 when Kalliopi “Kalli” Panagos fell hard for Mohamed Atteya. Within a year, they married and moved to nearby Chambersburg. But trouble began shortly after Niko’s birth in July of 2000.

“Three months after our boy was born, he left,” Kalli Atteya told FoxNews.com. “He moved back to Harrisburg, and he dated many, many women. I tried to save my marriage but it didn’t work. Basically, he married me for a visa.”

After years of failed reconciliation attempts, the couple divorced in 2005. Mohamed Atteya briefly stayed in Harrisburg before moving to China, where he focused on his exporting business. Niko remained with his mother, who stayed in contact with her ex-husband.

“Mohamed always had a thing for moving everywhere all the time,” Kalli Atteya said. “But we talked all the time. He would tell me he still loved me — to string me along, I guess.”

Some six years later, during the height of the Egyptian revolution, Mohamed Atteya convinced his ex-wife to come with their son to meet his dying mother. Kalli was reluctant, but finally agreed, and her sister, Maria Panagos, came along for support.

WANTED – Anyone with information regarding Mohamed Atteya should contact U.S. State Department officials at (855) 847-4377 or DSSMostWanted@state.gov.

“He kept pushing and pushing until I finally relented,” Kalli Atteya said. “I didn’t want his mother to die without seeing her grandson.”

During the second night of their stay in Egypt, Mohamed began asking for his son’s passport, Kalli recounted. Several times, he tried to take him off for a “man talk,” she said. Then, on Aug. 1, 2011, Mohamed Atteya made his move as the group traveled from Cairo to Port Said. He complained of car trouble and forced Kalli and Maria Panagos out of the car in extreme heat, leaving Niko, himself and a driver to speed away.

“Mohamed threw me off to the side and ran to the car,” she said. “I remember seeing [Maria] dragging behind the car as my son pounded on the windows. It was so unreal to me. At that very moment, I knew this was all preplanned.”

Local authorities were less than helpful, and with no idea where her former husband had taken their son, Kalli turned to a Norwegian company for help. With each new bit of hope came a new charge until she had spent more than $100,000, depleting her savings and funds borrowed from relatives. Still, she seemed no closer to reuniting with her son.

Kalli Atteya, who had already visited Egypt three times since the seeing her ex-husband drive off with their son, returned again in October, more determined than ever to bring back her boy. A local man whom she does not want to identify helped her find them and pull off the rescue.

But Kalli will feel safer when the man she once loved is locked away and can no longer haunt the dreams of her and her son.

State Department officials told FoxNews.com they are aware of Atteya’s case, but declined to provide further details due to privacy concerns.

“One of the Department’s highest priorities is the welfare of U.S. citizens overseas,” the statement reads. “This is particularly true for children, who our most vulnerable citizens.”

Attorney Jeffrey Evans, who lobbied a local district attorney to file charges against Atteya, acknowledged the possibility of his return to the U.S. in search of Niko.

“I do think it is a possibility because what he accomplished while here to set up the abduction was pretty impressive,” Evans said of Atteya’s alleged forgery on Niko’s birth certificate and passport.

But Evans said he’d also never bet against Kalli, who is now working toward finishing her master’s degree in special education now that she can again focus on bettering herself.

“If there was ever a testament to the power of a mother’s love, she embodies that,” Evans said. “She persevered through some very dark times. She showed a tenacity that not many would have. She really is something special.”