Notice: Function add_theme_support( 'html5' ) was called incorrectly. You need to pass an array of types. Please see Debugging in WordPress for more information. (This message was added in version 3.6.1.) in /home/kj8d9sfz7jzn/public_html/federalistpress.com/wp-includes/functions.php on line 5831
 Muslim Preacher Tells Followers: Getting Welfare Cash For Holy Wars Is Easy And Right 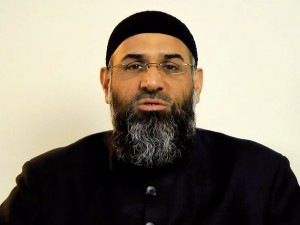 A Muslim preacher has been secretly recorded explaining to followers how to receive government assistance they can use to fund a Muslim holy war.

Calling it a “Jihadi Allowance,” cleric Anjem Choundary, 45, has four kids, brings in £25,000, or just under $39,000 U.S. in benefits himself, and says that this is the way it is supposed to work according to Islamic law.

Recorded by both the U.K. Sun and Telegraph, Choundary says:

Choudray goes on in a separate videos to mock English workers performing 9 to 5 jobs, and tells followers that some of the most famous Islamic figures worked only one or two days a week.

“The rest of the year they were busy with jihad [holy war] and things like that,” he says, according to The Telegraph. “People will say, ‘Ah, but you are not working.’”

“But the normal situation is for you to take money from the kuffar [non-believers].”

“So we take Jihad Seeker’s Allowance. You need to get support.”

He the tells a crowd of about 30 followers: “We are going to take England — the Muslims are coming.”

“These people are like a tsunami going across Europe. And over here we’re just relaxing, taking over Bradford brother. The reality is changing.”