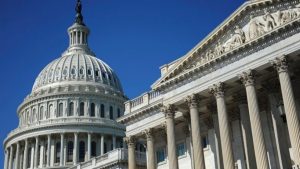 When Neil Gorsuch won long-overdue confirmation this month to serve on the United States Supreme Court, Republicans in turn won control of judiciary. This meant they led all three branches of the federal government – at least the three envisioned by our Founding Fathers – for the first time in a decade.

As a consequence, Democrats have pinned their hopes to stifle President Donald Trump’s pro-growth agenda on the unprecedented insurrection of an unchecked, de facto branch of government: the bureaucratic state.

Now that Alexander Acosta is confirmed as secretary of labor, President Trump has a better ability to reign in the bureaucracy.

Consider this: In February, the president ordered the Department of Labor – previously run by Tom Perez, who is now the chairman of the Democratic National Committee –  to review and re-evaluate the implementation of the so-called fiduciary rule, a controversial Obama-era rule that would deny middle-class Americans access to sound investment advice.

[pullquote]Democrats have pinned their hopes to stifle President Donald Trump’s pro-growth agenda on the unprecedented insurrection of an unchecked, de facto branch of government: the bureaucratic state.[/pullquote]

The order’s intention was clear-as-day. It aimed to indefinitely delay or outright kill this bad rule before it could hurt middle class American investors. Instead, Perez’s faithful holdovers at the Department of Labor effectively expedited the rule with minimal changes. This was exactly the opposite of President Trump’s instructions.

Now, the department will make the rule effective on June 9, before completing the president’s review, and argued that “the Fiduciary rule and Impartial Conduct Standards … are among the least controversial aspects of the rulemaking process.”

Nothing about this rule is uncontroversial. It would be the single largest government expansion over individual savings in four decades and the second-most expensive regulatory regime crafted in the last 12 years that doesn’t deal with environmental issues.

The rule changes the law to give the Department of Labor direct authority over individual retirement accounts, which are already regulated by the Securities and Exchange Committee, the federal agency responsible for protecting investors. For the first time, IRAs would be pulled into a complex Labor Department system created 43 years ago to regulate employee pension and health plans. Seizing control over IRAs by the Labor Department leads to bigger government, less competition, fewer jobs, and diminished savings for the American worker.

Disingenuously marketed as a way to raise the standards of advice provided to retirement investors, the rule would result in the “orphaning” of most ordinary American savers, left to seek advice on saving for their golden years from an online computer program using algorithms no investor would know about or understand.

The rule has received extensive criticism from those who’ve historically regulated the securities market. Acting SEC Chair Michal Piwowar called the rule a “terrible, horrible, no good, very bad rule,” adding that it was a “highly political” move that was “never about investor protection.”  President Trump and the Congress want the rule gone. Business wants the rule gone. Ordinary Americans want the rule gone.

But none of that matters to the bureaucratic state. They’ve lost the battle over the Supreme Court and the president’s cabinet. More than anything, the swamp wants to win this battle. That’s why it’s so important that President Trump and Secretary Acosta implement the president’s instructions in a timely way.

So, the president and the secretary must work quickly to delay indefinitely or completely rescind the fiduciary rule under the secretary’s statutory authority.

More than that, the president needs to fully drain the swamp – especially by getting rid of the mutineers at the Department of Labor.

Newt Gingrich is a Fox News contributor. A Republican, he was speaker of the United States House of Representatives from 1995 to 1999. Follow him on Twitter @NewtGingrich.