Notice: Function add_theme_support( 'html5' ) was called incorrectly. You need to pass an array of types. Please see Debugging in WordPress for more information. (This message was added in version 3.6.1.) in /home/kj8d9sfz7jzn/public_html/federalistpress.com/wp-includes/functions.php on line 5831
 Obama in 2007: No Spying on Citizens 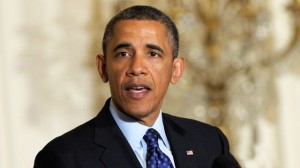 In 2007 candidate Barack Hussein Obama politicized the practices of the Bush Administration of spying on suspected terrorists by saying that his administration would never track the private lives of anyone who was not directly suspected of having committed a crime. He guaranteed he would never wiretap or track American citizens.