Notice: Function add_theme_support( 'html5' ) was called incorrectly. You need to pass an array of types. Please see Debugging in WordPress for more information. (This message was added in version 3.6.1.) in /home/kj8d9sfz7jzn/public_html/federalistpress.com/wp-includes/functions.php on line 5831
 Our $16 Trillion Debt 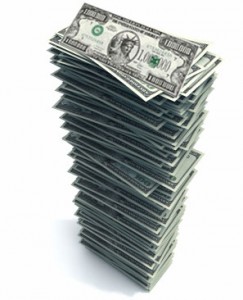 President Obama and his associates on the left follow the Keynesian theory of economics, the idea that when economies wane, government deficit spending will reignite the flame. To that end the Obama administration has spent trillions of dollars in 3 years, 40% of which has been borrowed, and on which the country is now paying unsustainable interest.

The national debt stood at $10 trillion when Barack Obama moved into the Oval Office just 3.5 short years ago. That nearly incomprehensible amount represented the unbridled deficit spending of generations of fiscally irresponsible presidents and congresses—Democratic and Republican. It was the cumulative debt of the nation, spanning more than 200 years.

The national debt will turn over to $16 trillion in mere days, a 60 percent increase during Obama’s short time in office. It represents a massive federal government spending spree reminiscent of a teen who mistakenly believes he has won the lottery. If Obama is re-elected the national debt will exceed $22 trillion by the end of his second term. To get a handle on the enormity of this number the editors have consulted mathematicians who tell us that America probably does not have 22 trillion leaves on its trees. Plus, this is only actual dollars out the door; it does not include the herculean amounts of entitlement obligations not on the books, which add $ tens of trillions over the next two decades.

Let’s get back to our current debt. What’s the problem with a $16 trillion debt, you ask?

When Americans turn off the alarm clock in the morning and hustle off to work, the first $1.2 billion they generate every day must be siphoned off of the economy just to pay the current interest on the national debt. That amount grows each day as additional money is borrowed to run the government, and as unpaid interest on the debt compounds. It will never be decreased at current rates, but only increase, because we are never paying down the principle we owe, but adding to it at the rate of $10 million every minute! Your great-great-great-grandchildren will still be paying the interest on the money Obama’s government borrows today.

The federal budget is up to $3.8 trillion a year, with multiple stimulus packages filled with crony payoffs and pork barrel spending wasting additional trillions, without any economic return to the American people. The economy is worsening, with real unemployment and underemployment over 15 percent. Americans’ personal wealth has shrunk by 40% since Obama took office.

Government leaders should have put the country on a fast-track to pay off the national debt 20 years ago . . . and 10 years ago . . . and 3 years ago. Candidate Obama promised a balanced budget in his first term. Now, those on the left boisterously proclaim that the only answer to reducing the deficit and debt is to raise taxes “on the wealthy.” In fact, as we demonstrated in our article of May 17 of this year Bringing Fairness to Taxes, “the top 25 percent of earners pay 87 percent of the total burden. The top 1 percent pay 36% of all federal income taxes, while the top 5 percent pay 58%.” Indeed, Obama’s confiscatory tax hike scheme would deplete the wealth of the job creators and the proceeds would run our federal government for a mere 9 days.

Time after time Keynesian economics has failed. So why do our universities still tout it as the model for our own economy? Why are our government leaders drawing all available dollars, current and future, into the abyss of federal spending? How many jobs were created with the shovel ready projects promised by President Obama as he highjacked $900 billion in the first stimulus package?

Debt creates poverty. Ever family knows this. Those who frequent the check cashing-payday loans establishments have learned the hard way that it is a recipe for financial disaster. So when will our government leaders learn the lesson? We recall well as Jimmy Carter addressed the nation and scratched his head in confusion as he explained that he had implemented all of the university approved, liberal orthodox policies, yet the country appeared to be languishing in a “malaise.” These are people that don’t seem to learn from past mistakes. Debt equals poverty. Perhaps this is why Americans are becoming poorer with every passing day.

There is only one possible solution–the federal government (and state governments) must immediately stop spending. We, the American taxpayer, and the main trustors of the American trust, must cut up the credit cards and end the binge spending of a presidency gone wild.