Notice: Function add_theme_support( 'html5' ) was called incorrectly. You need to pass an array of types. Please see Debugging in WordPress for more information. (This message was added in version 3.6.1.) in /home/kj8d9sfz7jzn/public_html/federalistpress.com/wp-includes/functions.php on line 5831
 Pat Caddell Blasts Reuters for Skewing Polls for Clinton 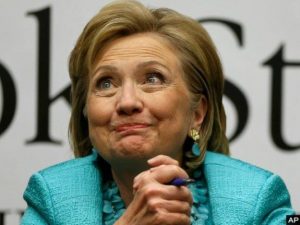 Speaking exclusively to Breitbart News, political polling pioneer Pat Caddell said the Reuters news service was guilty of an unprecedented act of professional malpractice after it announced Friday it has dropped the “Neither” option from their presidential campaign tracking polls and then went back and reconfigured previously released polls to present different results with a reinterpretation of the “Neither” responses in those polls.

“This comes as close as I have ever seen to cooking the results,” said the legendary pollster and political consultant. “I suppose you can get away with it in polling because there are no laws. But, if this was accounting, they would put them in jail.”

The decision comes on the heels of a Breitbart News report that shows a 17-point swing towards Republican presidential nominee Donald J. Trump and away from Democratic nominee Hillary R.Clinton.

“The looks to me, are far as I can indicate, they have merely decided to go back and revise their numbers in a formula that removes voters or allocates them–I am not sure how they are doing this–proportionately,” he said.

Reuters has rejiggered its methods in order to get the results they want, said the man, whose out-of-the-box interpretations of the American electorate were the brain-work behind the  insurgent presidential campaigns of Sen. George McGovern (D.-S.D.)  in 1972, Georgia Gov. James E. “Jimmy” Carter in 1976, President Carter 1980 and Sen. Gary Hart (D.-Colo.) in 1984. In 1992, Caddell worked for former California governor Edmund G. “Jerry” Brown, who challenged Arkansas Gov. William J. “Bill” Clinton. In the 1990s, Caddell became a popular cable news guest and consulted on various television and movie projects. The 1984 campaign was a reunion of sorts, because Hart was McGovern’s campaign manager.

“What they have done is unprecedented, he said. “They have now gone back and changed their results.”

There are methods for projecting and allocating undecided voters based on complex attitude structures, based on many questions that tell the pollster that this person is in movement to support someone, he said. “Sometimes, they are hiding. That happens. Particularly in the past, or in racially-sensitive cases.”

The July 25 Reuters poll now shows a result that reflects a 5.3 percentage point flip from the previously published results, he said.

“What you get is an 8.8 percentage point margin change, almost nine points swinging from one candidate, based on some phony, some bizarre allocation theory that you claim you know where these people are or you are just leaving them out,” he said. “I actually believe they are allocating them because they are claiming they are really Clinton voters and they are using something to move them to Clinton.”

Caddell said he is confused by Reuters’ motivation.

Writing to explain the change in Reuters poll calculations, Maurice Tamman, the leader of the news service’s New York City-based data mining and investigatory reporting team said respondents in the “Year of Neither” were using the Neither option to avoid revealing a decision they had actually made. When events, such as a party’s national convention, compel the Neither respondents to step forward with their actual choice it creates swings in the poll results that Tamman said suggest shifts in opinion that were actually a result of respondents hiding in Neither.

Caddell said at this stage of the presidential campaign, in an election that is so volatile, the undecided are the most fascinating demographic.

“I want to measure the volatility. I can usually tell–I don’t use the forced leans as much, I mean the really forced leans in calculating results, like in 2014–what I am interested in is how those people, who are now undecided get their attitudes and where their attitudes come from,” he said.

The pollster said when you force someone to make a decision they do not want to make or are not ready to make you are contaminating the data.

“What you are doing is altering their opinion,” he said. “This notion that they are supposed to predict the election today in these polls now is ridiculous.”

Experienced pollsters ask attitude questions to flesh out the undecided voters, to see where they may end up when they do make a decision, but also to understand how they are processing information and what factors led them to a place where they cannot make a decision, he said.

Reuters themselves admit that there are social pressures working against voters confessing their preference for Trump, so they had to be aware that when they force someone to make a gun-to-the-head decision that decision more often than not will default to the socially acceptable decision of Clinton, he said. “Reuters says sometimes they default to Clinton–I just don’t know what they are talking about.”

Caddell said he has always treating polling as the equivalent of military intelligence. When he does a poll for a candidate, he needs to tell the candidate his strengths, weaknesses, and the same for his opponents. There is no incentive for rigging a poll’s sample weights, questions, or forcing decisions to produce the result the candidate wants to see.

As polls in the public space move from news to entertainment, it is more common for polls to be set up to produce high-impact news or entertainment value, which is different from gathering actionable intelligence about the electorate, he said. Even further away from the true purpose of political polling is the poll that manufactures with propaganda impact.

“This idea of ‘We need a poll to give the result we want’ to fit either our ideological or political needs is beyond dangerous,” he said.

“It is dangerous because it drives the news coverage and it is all by design now, which is why everyone is in such shock at what Reuters did.”