A federal judge on Monday denied a request from President Trump’s personal attorney Michael Cohen to review the documents seized from the lawyer’s home and office last week before prosecutors see them, dealing a setback to Trump’s legal team.

U.S. District Judge Kimbra Wood said that she had faith in the Justice Department’s so-called “taint team” to isolate materials protected by attorney-client privilege, but added that she would consider allowing a neutral third party requested by Cohen to weigh in. 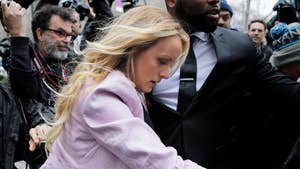 Stormy Daniels arrives at court for hearing on Cohen raid

Cohen, who formerly worked at the Trump Organization, is under criminal investigation as part of a grand jury probe into his personal conduct and business dealings, including a $130,000 payment made to adult film star Stormy Daniels in exchange for her silence about a sexual encounter with the married Trump in 2006.

Wood told prosecutors to put all the seized documents into a searchable database to determine which should come under review. Prosecutors said they expected to let Wood know on Wednesday how long it will take them to share the materials with Cohen’s legal team. Cohen’s lawyers say they will then go through the materials and share relevant information with President Trump’s legal team.

Lawyers for Cohen and Trump had sought to be allowed to decide which items seized are protected by attorney-client privilege before prosecutors see them.

Stormy Daniels and her attorney, Michael Avenatti, outside the courthouse in lower Manhattan Monday.  (Copyright 2018 The Associated Press. All rights reserved.)

Daniels attended the hearing and addressed reporters after it was over.

“For years, Mr. Cohen has acted like he is above the law,” Daniels said. “He has considered himself – and openly referred to himself – as Mr. Trump’s fixer. He has played by a different set of rules, or, should we say, no rules at all.

“He has never thought that the little man, or especially women – even more, women like me – mattered. That ends now,” she added. “My attorney and I are committed to making sure that everyone finds out the truth and the facts of what happened and I give my word that we will not rest until that happens.”

Daniels’ attorney, Michael Avenatti, said Judge Wood’s decision would ensure that “no documents are spoliated, destroyed or otherwise tampered with, which is our chief concern in connection with this process.”

The hearing took a surprise turn when Judge Wood instructed Cohen’s attorneys to disclose the name of a third Cohen client, apart from Trump and top GOP fundraiser Elliot Broidy.

“We have been friends a long time. I have sought legal advice from Michael,” Hannity said on his radio show in response.

But he also said that Cohen did not formally represent him.

“Michael Cohen has never represented me in any matter. I never retained him, received an invoice, or paid legal fees,” Hannity said in a statement issued after his radio show. “I have occasionally had brief discussions with him about legal questions about which I wanted his input and perspective. I assumed those conversations were confidential, but to be absolutely clear they never involved any matter between me and a third party.”

Special Counsel Robert Mueller referred an investigation of Michael Cohen to the U.S. Attorneys Office in the Southern District of New York.  (AP)

“I’ve said many times on my radio show: I hate the stock market, I prefer real estate,” Hannity said. “Michael knows real estate … I have no personal interest in this legal matter. That’s all there is. Nothing more.”

Lawyers for Cohen filed papers Monday saying investigators “took everything” during the raids, including more than a dozen electronic devices. They said that prosecutors had already intercepted emails from Cohen and executed the search warrants only after discovering that there were no emails between Trump and Cohen.

One of Trump’s lawyers, Joanna Hendon, asked the judge to block prosecutors from studying material seized in the raid until Cohen and the president have both had a chance to review those materials and argue which are subject to the “sacred” attorney-client privilege. 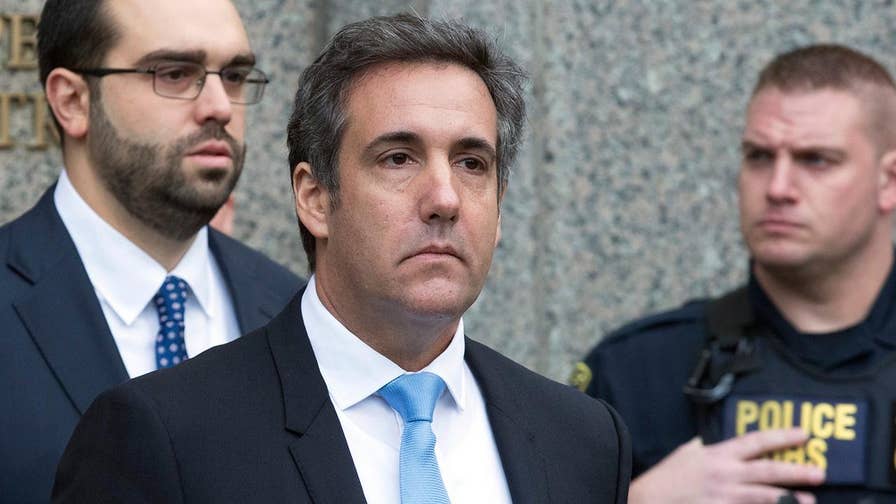 “The seized materials relating to the president must be reviewed by the only person who is truly motivated to ensure that the privilege is properly invoked and applied: the privilege-holder himself, the President,” Hendon wrote in court papers filed Sunday.

On Monday, Wood rejected Hendon’s request for a temporary restraining order on the grounds that it was too early for such an objection.

At issue is the topic of attorney-client privilege, which the president has claimed in recent days is “dead.”

Trump, who was in Florida on Monday, said all lawyers are now “deflated and concerned” by the FBI raid on Cohen.

“Attorney Client privilege is now a thing of the past,” he tweeted Sunday. “I have many (too many!) lawyers and they are probably wondering when their offices, and even homes, are going to be raided with everything, including their phones and computers, taken. All lawyers are deflated and concerned!”