Notice: Function add_theme_support( 'html5' ) was called incorrectly. You need to pass an array of types. Please see Debugging in WordPress for more information. (This message was added in version 3.6.1.) in /home/kj8d9sfz7jzn/public_html/federalistpress.com/wp-includes/functions.php on line 5831
 Pres Trump Orders Hiring Freeze for Most of Federal Government 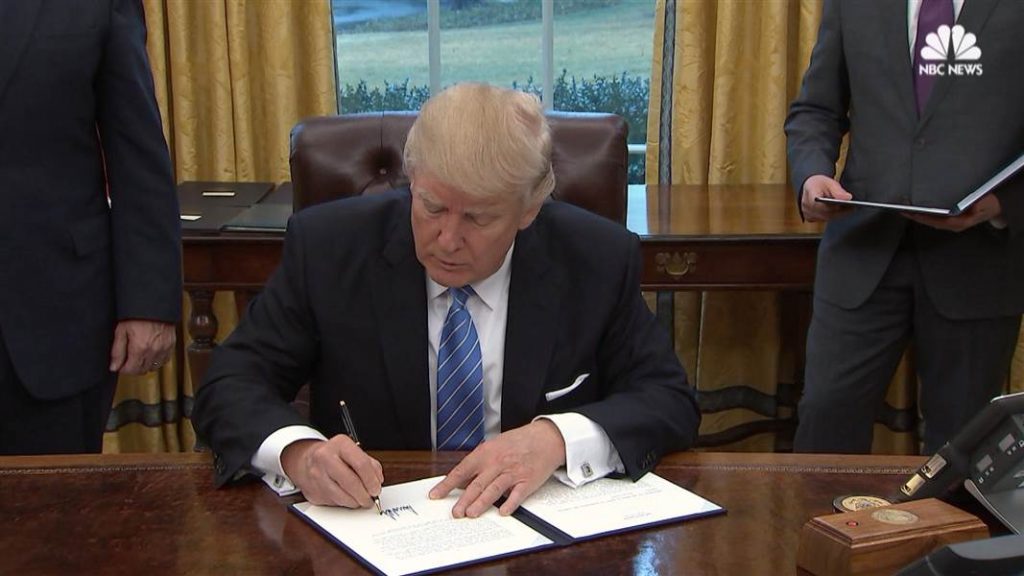 President Trump on Monday issued an executive order implementing a hiring freeze across the federal government, with exceptions only for military, national security or public safety personnel.

Trump had raised the possibility of a hiring freeze during the campaign. At a news conference Monday, Trump spokesman Sean Spicer said the freeze ensures taxpayers get effective and efficient government and said it “counters the dramatic expansion of the federal workforce in recent years.”

“Some people are working two, three jobs just to get by. And to see money get wasted in Washington on a job that is duplicative is insulting to the hard work that they do to pay their taxes,” Spicer said.

The New York Times reported that Trump called it a stopgap way to control the growth of government until his administration comes up with a long-term solution.

“In carrying out this memorandum, I ask that you seek efficient use of existing personnel and funds to improve public services and the delivery of these services,” Trump wrote in the memorandum, according to the paper.

The full effect of a hiring freeze is unclear. According to OPM, the federal government hired 221,000 workers in fiscal 2015, the most recent year for which data is available. The number excludes uniformed military personnel. But roughly a third of those hired were military veterans, who enjoy hiring preferences in the federal government.

“This Executive Order … will have a depressing effect on our ability to recruit and retain the next generation of federal workers,” he said. “This is a far cry from President Kennedy’s effort to inspire a new generation to enter public service.”

Republican Barbra Comstock, who also represents parts of northern Virginia in Congress, announced her own opposition to the hiring freeze and said “past hiring freezes in both Republican and Democrat administrations have cost the federal government money in the long run.”