Notice: Function add_theme_support( 'html5' ) was called incorrectly. You need to pass an array of types. Please see Debugging in WordPress for more information. (This message was added in version 3.6.1.) in /home/kj8d9sfz7jzn/public_html/federalistpress.com/wp-includes/functions.php on line 5831
 Pres Trump Wins Release of Americans 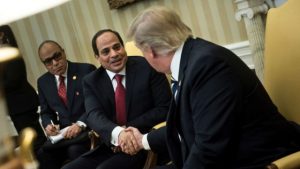 A U.S. charity worker, and others, returned home after President Trump and aides quietly worked to secure their release from an Egyptian jail after nearly three years.

Aya Hijazi, a U.S. citizen, her Egyptian husband, Mohamed Hassanein, and four other humanitarian workers were freed after weeks of behind-the-scenes negotiation by the Trump administration. 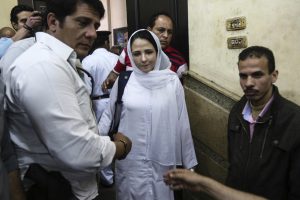 Hijazi and her brother, Basel, are set to visit the White House to meet with Trump, his daughter Ivanka and son-in-law Jared Kushner, a senior administration official told the Post.

“We’re very grateful that President Trump personally engaged with the issue. Working closely with the Trump administration was very important for my family at this critical time. It let us be reunited as a family. We’re so grateful,” Basel Hijazi said in a mid-flight phone interview with the Post Thursday.

Hijazi became an internationally recognized symbol of Egypt’s growing oppression. On May 1, 2014, Hijazi and her companions were imprisoned on human trafficking charges that were widely dismissed by the international community.

Egypt dropped all charges against the group last Sunday.

Originally from Falls Church, Va., Hijazi was working in Cairo with the Belady Foundation. The Obama administration previously lobbied the Egyptian government for her release, but was unsuccessful.