Notice: Function add_theme_support( 'html5' ) was called incorrectly. You need to pass an array of types. Please see Debugging in WordPress for more information. (This message was added in version 3.6.1.) in /home/kj8d9sfz7jzn/public_html/federalistpress.com/wp-includes/functions.php on line 5831
 Report Exposes EPA’s ‘Pattern of Deception’ in Colorado Mine Spill 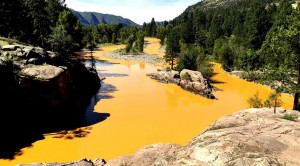 Two federal agencies put out misinformation and inconsistent explanations of the government’s role in the Gold King Mine blowout and water contamination in Colorado last summer, a congressional report says.

The report specifically faults the Environmental Protection Agency and Department of the Interior for their actions related to the Aug. 5 incident, in which 3 million gallons of water laced with mercury, arsenic, and other toxic metals spilled into a creek and rivers near Silverton, Colo., after EPA workers excavated a tunnel entrance to the mine.

“This report peels back one more layer in what many increasingly view as a pattern of deception on the part of the EPA and [Department of Interior],” Rep. Rob Bishop, R-Utah, chairman of the Natural Resources Committee, said in a formal statement.

The report, released Thursday by the House committee, evaluates the two agencies’ explanations of the incident, which contaminated Cement Creek and the San Juan and Animas rivers.

“After almost six months, we are still trying to get to the bottom of the catastrophic spill and find out who to hold accountable,” Rep. Louie Gohmert, R-Texas, chairman of the Natural Resources Committee’s oversight and investigations subcommittee, said in the same statement. 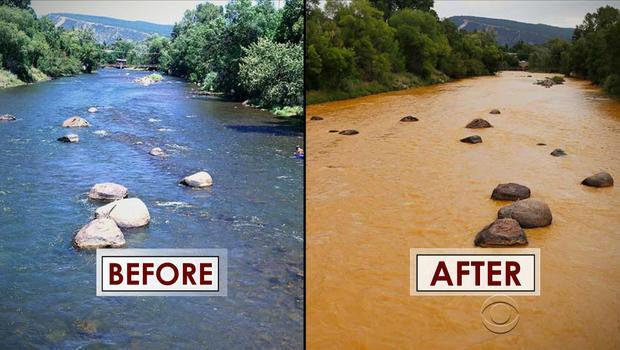 According to the 74-page report, concerns about the Gold King Mine date to before 2009, when mine water began destabilizing waste rock dump, reducing water quality in Cement Creek and the Animas River.

The EPA reportedly monitored the mine for years, until September 2014, when it sent workers to investigate drainage problems. After a two-hour excavation, the agency postponed the project for lack of time and resources.

The House report notes that EPA workers incorrectly concluded that the floor of the adit, or tunnel entrance, was six feet below the surface of the accumulated waste rock. The EPA failed to confirm the conclusions, leading the agency to believe “the adit was not pressurized,” the report says.

Despite statements from Hays Griswold, an on-scene coordinator for the EPA, that he knew at least “some pressure” was in the mine, the agency didn’t test for pressure.

Testing “could have revealed that the mine was pressurized and prevented the blowout,” the report says.

Excavations began again last Aug. 4 and continued the next day, when the mine erupted.

The report concludes that explanations offered by the EPA and Interior “offer shifting accounts of the events leading up to the spill and contain numerous errors, omissions, and inconsistencies, some of which are not attributable to error or incompetence alone.”

“EPA must be held responsible for its actions, and this report is an important piece of that accountability,” Katie Tubb, a research associate for the Thomas A. Roe Institute for Economic Policy Studies at The Heritage Foundation, told The Daily Signal. Tubb added:

Good environmental policy is primarily an issue of who is best equipped to manage the environment well. As the committee’s report illustrates, the EPA and [Department of Interior] are massive black boxes—accountability is difficult. States and local communities simply can do a better job of reflecting the environmental interests of the people impacted most and can better be held responsible by their constituents.

Bill Gardner, town administrator of Silverton, Colo., told The Daily Signal that a “collection of shortfalls” probably caused the incident.

However, Gardner said, “what is clearly unproductive is to keep talking about whose fault the Gold King Mine blowout was.”

EPA spokeswoman Nancy Grantham told The Daily Signal on Friday that she is “reviewing the report.”