Notice: Function add_theme_support( 'html5' ) was called incorrectly. You need to pass an array of types. Please see Debugging in WordPress for more information. (This message was added in version 3.6.1.) in /home/kj8d9sfz7jzn/public_html/federalistpress.com/wp-includes/functions.php on line 5831
 Ricin Letter Suspect Released, Says He Was Framed 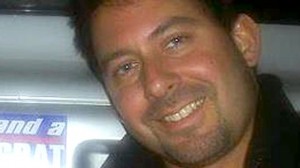 The Mississippi man charged with sending ricin-laced letters to President Obama was released on bond Tuesday, as the FBI searched the Mississippi home of a possible second suspect amid an apparent probe into whether the first suspect might have been framed.

Jeff Woodfin, chief deputy with the U.S. Marshals Service in Oxford, Miss., confirmed the release of Paul Kevin Curtis to the Associated Press but said he didn’t know if there were any conditions on the release.

Shortly afterward, FBI searched the home of a possible second suspect. The FBI zeroed in on this individual earlier in the day, a source told Fox News.

Two sources had earlier confirmed to Fox News that the FBI was looking into the possibility that Curtis might have been framed as part of a grudge against him from someone in his neighborhood. A detention hearing for Curtis that was scheduled for Tuesday has also been postponed.

As the release was announced, Senate Democratic Leader Harry Reid said there was another ricin “incident” at Bolling Air Force Base in Washington, D.C. Federal attorneys had earlier warned that there could be another ricin letter floating around. Fox News is told the incident at Bolling involves a letter, but there is not yet confirmation that the substance is in fact ricin.

Sen. Tom Carper, D-Del., reacting to the developments, said it’s important that law enforcement get the right suspect “off the street” if it turns out not to be Curtis.

Investigators earlier said they hadn’t found any ricin in Curtis’ house. Agent Brandon Grant said that a search of Curtis’ vehicle and house in Corinth, Miss., on Friday did not turn up ricin or ingredients for the poison. A search of Curtis’ computers has found no evidence so far that he researched making ricin.

Curtis’ lawyer said in court that someone may have framed Curtis, suggesting that a former co-worker with whom Curtis had an extended exchange of angry emails may have set him up.

The FBI agent filling out charging documents, though, said there was “probable cause to believe” that Curtis broke federal law by sending the ricin-laced letters — those letters, intercepted in the wake of the Boston bombing attack, caused alarm in Washington last week as law enforcement scrambled to respond.

Curtis, a sometime-Elvis impersonator who appeared in a Mississippi federal court Thursday and denied wrongdoing, has penned numerous rants accusing the government of hounding him.

According to the charging documents, he posted a photo on his Facebook page April 12 with the quote: “To see a wrong and not expose it, is to become a silent partner to its continuance.”

The documents also said the FBI were told he has been investigated on several occasions since 2007.

“In 2007, Curtis’ ex-wife reported to the Booneville Police Department that CURTIS was extremely delusional, anti-government, and felt the government was spying on him with drones,” the documents said.

He was charged last Thursday. The charged carried a maximum penalty of 15 years in prison and $500,000 in fines.

Fox News’ Mike Levine and The Associated Press contributed to this report.