Notice: Function add_theme_support( 'html5' ) was called incorrectly. You need to pass an array of types. Please see Debugging in WordPress for more information. (This message was added in version 3.6.1.) in /home/kj8d9sfz7jzn/public_html/federalistpress.com/wp-includes/functions.php on line 5831
 Romney is Become Harry Reid 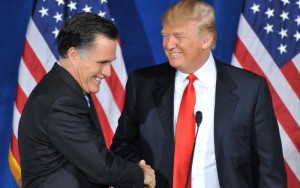 Back during the 2012 election the Nation’s Backup Rain Man (Joe Biden, of course, is the primary Rain Man), One-Eyed Harry Reid claimed that Mitt Romney was a tax cheat.

“His poor father must be so embarrassed about his son,” Reid said, in reference to George Romney’s standard-setting decision to turn over 12 years of tax returns when he ran for president in the late 1960s.

Saying he had “no problem with somebody being really, really wealthy,” Reid sat up in his chair a bit before stirring the pot further. A month or so ago, he said, a person who had invested with Bain Capital called his office.

“Harry, he didn’t pay any taxes for 10 years,” Reid recounted the person as saying.

“He didn’t pay taxes for 10 years! Now, do I know that that’s true? Well, I’m not certain,” said Reid. “But obviously he can’t release those tax returns. How would it look?

“You guys have said his wealth is $250 million,” Reid went on. “Not a chance in the world. It’s a lot more than that. I mean, you do pretty well if you don’t pay taxes for 10 years when you’re making millions and millions of dollars.”

Now Mitt Romney is doing basically the same thing to Donald Trump.Donald Trump’s tax returns may contain a “bombshell,” according to 2012 Republican presidential nominee Mitt Romney.Phoning into Fox News on Wednesday, Romney called for the top three Republican presidential candidates to release their tax documents — especially Trump.Romney accused Trump of “dodging and weaving” on the issue, noting that he had been vague about when he would make the records public.“We’re gonna select our nominee. We really ought to see from all three of these fellas what their taxes look like to see if there’s an issue there,” Romney said. “I think in Donald Trump’s case, it’s likely to be a bombshell.”

I have no doubt there will be revelations in Trump’s tax returns, there always are:In previous returns, when Mr. Clinton was the Governor of Arkansas and his wife was a partner in a Little Rock law firm, the Clintons had gone so far as to deduct $2 for underwear donated to charities. The deduction was ridiculed by comedians and pundits, and the White House did not itemize the Clintons’ $17,000 in charitable contributions on the 1993 return. 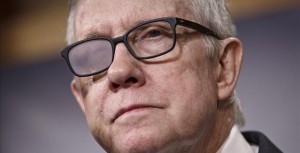 A $66 deduction for the personal property tax paid on the Clintons’ 1986 Oldsmobile prompted penetrating questions, like where was the car kept (somewhere in Arkansas) and who was driving it (the senior aides said they did not know).

Let’s clear away the underbrush. Donald Trump is a high income person who lives in New York State and New York City. His taxes are under a microscope. Whatever “bombshell” lurks in Trump’s tax returns it is not tax fraud. He is just too big of a target. Is he under a tax lien or similar instrument? Possible, but it is unlikely this would have escaped the notice of the NYC business press.

What might be in the returns that would approach “bombshell”? Trump is probably a lot less wealthy than he brags. Not to say that he isn’t extremely wealthy but there is no doubt he is lying about his net worth. Who cares? I don’t. Trump may even be underwater in his leveraging. Again, a lot of rich guys end up in that position and it really isn’t a problem until banks start to call the loans. You’re probably going to see that Trump’s charitable contributions make Clinton’s $2 underwear deduction look profligate. Surprised? Not me. Rich guys get and stay rich by spending other people’s money, not by spending their own. Does he have investments in unsavory places and with unsavory people? Probably, but I don’t see how this goes into “bombshell” country, especially given who his likely opponent will be if he wins the nomination. Moreover, I can’t see Romney having any specific knowledge that would have escaped the notice of the business or celebrity gossip press.

Rush claims that Romney may be trying to stop several major GOP figures from endorsing Trump by tossing this stink bomb. Plausible? Sure, if you believe anyone actually listens to Mitt Romney.

Quite honestly, Romney’s move is the worse sort of douchebaggery. It diminishes Romney by launching a bullsh** attack. It doesn’t hurt Trump. It makes Trump look picked on by the establishment encouraging them to go deeper into the bunker. It disguises the fact that the emerging establishment consensus candidate is Donald Trump.