Notice: Function add_theme_support( 'html5' ) was called incorrectly. You need to pass an array of types. Please see Debugging in WordPress for more information. (This message was added in version 3.6.1.) in /home/kj8d9sfz7jzn/public_html/federalistpress.com/wp-includes/functions.php on line 5831
 Second Court Invalidates Obama Appointments to Labor Board 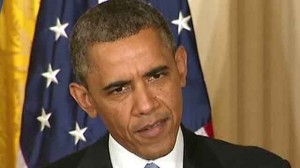 A national labor board which has long been accused of making union-friendly decisions was dealt another blow Thursday, after a second federal appeals court found President Obama exceeded his power when he bypassed the Senate to appoint its members.

The ruling by the 3rd U.S. Circuit Court of Appeals in Philadelphia once again threatened to upend the National Labor Relations Board’s decisions. And it has the potential to stall the board entirely, as well as challenge other federal agencies that have similar appointees.

For now, the Obama administration has tried to disregard the court decisions — it has already appealed a similar ruling, from a Court of Appeals in Washington, D.C., to the Supreme Court.

In the 2-1 decision from the Philadelphia court, judges said Obama had no constitutional authority to install attorney Craig Becker to the labor board in 2010 while the Senate was adjourned for two weeks.

“If the Senate refused to confirm a president’s nominees, then the president could circumvent the Senate’s constitutional role simply by waiting until senators go home for the evening,” Judge D. Brooks Smith wrote in a 102-page decision.

The administration argues that such an interpretation would invalidate hundreds of recess appointments made by presidents over more than 100 years.

“It’s time for the unlawfully appointed nominees to step down,” he said.

Both rulings have threatened to throw the labor board, the Consumer Financial Protection Board and other federal agencies with recess appointees into chaos. If they stand, hundreds of decisions by these agencies could be thrown out.

The ruling, incidentally, came as a Senate panel considered a slate of five nominees for full terms on the labor board. Senate Republicans said Thursday they would oppose two of the nominees — Sharon Block and Richard Griffin — because they currently sit on the board as recess appointments.

Tennessee Sen. Lamar Alexander, senior Republican on the Senate Health, Education, Labor and Pensions Committee, said he would not consider Block and Griffin because they refused to step down from the board after the District of Columbia Circuit ruled that they were unconstitutionally appointed. Block and Griffin said they wanted to abide by their oath to serve their country and argued that appeals courts have reached different conclusions about recess powers.

Democrats on the panel accused Republicans of obstructionism because the GOP and its allies in the business community have been unhappy with some of the union-friendly decisions issued by the board during Obama’s administration. Unions warn that unless the nominees are confirmed soon, the board will be unable to function. It only has three members now, and the term of board chairman Mark Pearce expires in August.

A lengthy dissent came from Judge Joseph Greenaway Jr., who was appointed by Obama and joined the court in 2010. Greenaway said that under the majority’s decision, the recess appointment power “is essentially neutered and the president’s ability to make recess appointments would be eviscerated.”

The case was brought by New Vista, a New Jersey nursing and rehabilitative care center that argued its nurses were supervisors who were not allowed to form a union. The labor board ruled in favor of the union and New Vista appealed. The company argued that the board did not have enough validly appointed members to reach a decision because Becker was not a valid appointee.

The labor board has five seats and needs at least three sitting members to conduct business. At the time of the New Vista ruling, it had the minimum of three, but one member was Becker, the recess appointee.

Becker is no longer on the NLRB, but the current board also has only three members, two of whom are Obama recess appointees. More than a hundred companies have appealed NLRB decisions this year arguing that the board does not have enough validly appointed members to conduct business.

Published May 16, 2013 / FoxNews.com / The Associated Press contributed to this report.