Notice: Function add_theme_support( 'html5' ) was called incorrectly. You need to pass an array of types. Please see Debugging in WordPress for more information. (This message was added in version 3.6.1.) in /home/kj8d9sfz7jzn/public_html/federalistpress.com/wp-includes/functions.php on line 5831
 Sheriff David Clarke Accepts Department of Homeland Security Post 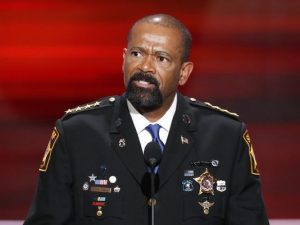 Milwaukee County Sheriff David A. Clarke Jr. will leave office next month to accept a federal appointment as an assistant secretary in the U.S. Department of Homeland Security.

He will work in the department’s Office of Partnership and Engagement as a liaison with state, local and tribal law enforcement and governments.

Clarke campaigned around the country for then-presidential candidate Donald Trump last year and has defended the first-term Republican president against critics in the early months of his administration.

The fourth-term sheriff will start the job in June.

But as is common with the sheriff, there was drama with the appointment. It appears that Clarke may have gotten ahead of the Trump administration in his interview.

In a tweet, the Department of Homeland Security said no announcement had been made on any appointment involving Clarke.

Also, the federal staffer being replaced by Clarke — Philip A. McNamara, assistant secretary for intergovernmental affairs — took to Twitter to complain about his successor.

Clarke previously had not indicated whether we planned to seek re-election.

He has come under widespread criticism locally for his inflammatory rhetoric and for spending so much time on the road as a Trump surrogate and while giving talks to conservative groups.

Clarke also has been criticized for his lack of public comments on his response to four deaths in the County Jail in 2016 or any administrative changes he might have made there.

His new federal job will not require Senate confirmation. 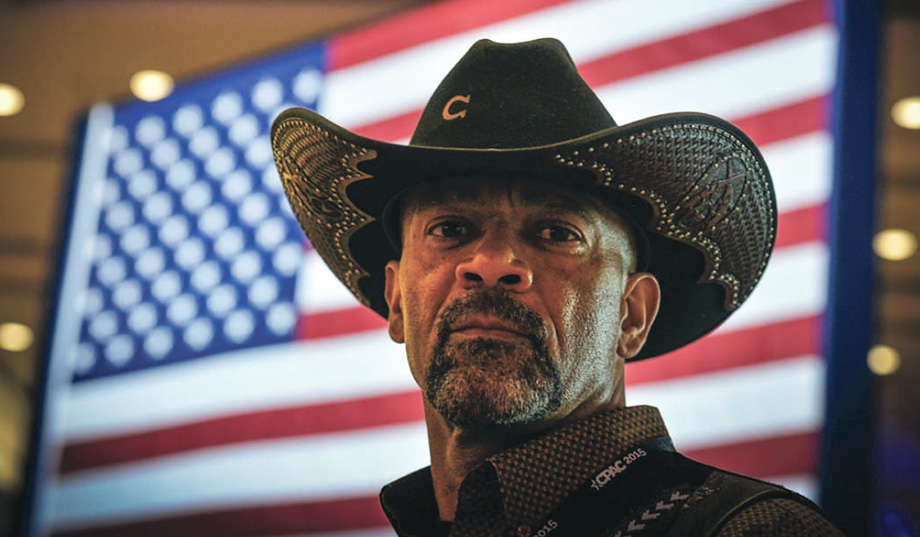 “For the country I love, the last thing America needs is another loud voice angrily and unproductively telling you who to blame and who not to trust,” Abele said in a statement.

In the new job, one of Clarke’s responsibilities would be to “take complaints of shortcomings in the Department of Homeland Security,” the sheriff said.

“They feel like they’re being ignored,” Clarke said of his counterparts in local law enforcement.

The department was created in the wake of 9/11. The department’s duties range from counter-terrorism to enforcing immigration laws.

Clarke said he had informed Gov. Scott Walker of his decision to take the federal post and expected to advise Walker on the appointment of a successor to complete his term.

Tom Evenson, spokesman for Walker, said his office had not yet received a formal resignation letter from Clarke. The search for a successor, Evenson said, won’t begin until Walker’s office receives that notice.

Once that happens, the governor will seek applications, a process that usually takes a couple of weeks, and then begin interviewing candidates. Applicants must live in Milwaukee County to be appointed to the post.

“The timeline for replacing a county sheriff varies with each case,” Evenson said.

Clarke’s successor will serve until the end of the current term in 2018.

Former Milwaukee Police Capt. Earnell Lucas, now a vice president of security with Major League Baseball, said Wednesday he would submit his name to Walker for appointment to the office.

“I have a deep and abiding commitment to this community, and the right experience in law enforcement and public safety to be the next Milwaukee County sheriff,” Lucas said.

Lucas has registered as a candidate for sheriff in 2018. He plans to run in the Democratic primary.

Milwaukee County Judge John Siefert said he also plans to run as a Democrat for sheriff next year. But, unlike Lucas, he will not seek an appointment from Walker.

Also being mentioned as a possible candidate is U.S. Marshal Kevin Carr, who served as Clarke’s top deputy for several years. He could not be reached for comment.

Clarke, a conservative who runs as a Democrat, has been elected four times.

He was first appointed sheriff in 2002 and won election to a full four-year term later that year.

He defeated challenger Chris Moews in the August 2014 Democratic primary to ensure re-election to a fourth term. No Republican challenged Clarke for the office that year, and he enjoyed conservative support.

Clarke told McKenna that he “would miss law enforcement” after a 38-year career.

He started as a patrol officer with the Milwaukee Police Department in 1978. Clarke was promoted to detective in 1989 and became lieutenant of detectives in 1992.