Two of America’s brightest young ski prospects were killed Monday when an avalanche struck the Austrian Alps slopes where they were training for an international competition.

Ronnie Berlack, 20, of Franconia, N.H., and Bryce Astle, 19, of Sandy, Utah, died in the incident near the Rettenbach glacier near Soelden, the venue for the annual season-opening World Cup races. Four other skiers who were practicing with them managed to ski out of the massive slide and emerged unscathed.

“Ronnie and Bryce were both outstanding ski racers who were passionate about their sport — both on the race course and skiing the mountain,” U.S. Ski and Snowboard Association President and CEO Tiger Shaw said. “Our hearts go out to the Berlack and Astle families, as well as to their extended sport family. Both of them loved what they did and conveyed that to those around them.”

The skiers were descending from the 3,056-meter Gaislachkogel when they left the prepared slope and apparently set off the avalanche. The other four skied out of the slide and escaped unhurt. Officials in the Tyrolean region said an avalanche alert had been declared for the area after days of heavy snowfall and mild temperatures.

“I have an engraved passion in skiing that will last the rest of my life.” – Bryce Astle, killed in avalanche

Berlack grew up racing in New Hampshire and had been a student-athlete at Vermont’s Burke Mountain Academy. He was named to the so-called development team for potential World Cup racers following two top-20 finishes at the 2013 U.S. national championships and a spring tryout camp. The U.S. Ski and Snowboard Association had touted Berlack as part of a new generation of ski greats from the same state that produced Bode Miller and Leanne Smith. Berlack, who attended the vaunted Burke Mountain Academy, landed a spot on the U.S. Development Team for 2014 after impressing coaches at a spring tryout camp.

His mother, Cindy Berlack, told FoxNews.com that he had only recently recovered from a knee injury suffered a year ago. But she said nothing could keep her son, who began skiing as a toddler, off the slopes.

“He absolutely loved skiing,” Cindy Berlack said. “It brought him alive. He worked so hard to get where he was.

“He started skiing when he was 2, and I just loved those days skiing with a tiny boy.

Steve Berlack, who taught his son at Burke, said he began to realize his son was a special competitor as the years passed and he remained the fastest in his age groups.

“He was always in the front of the pack in his age group, and that’s what you have to do to be the best,” Steve Berlack told FoxNews.com.

Astle, who was one of the top-ranked slalom skiers in the U.S., was invited to train with the development team this season after strong early season results, including two top-10 results at NorAm Cup races last month in Canada. On a U.S. Ski and Snowboard site where competitors appear for sponsorships, Astle recently wrote of being on the verge of greatness. 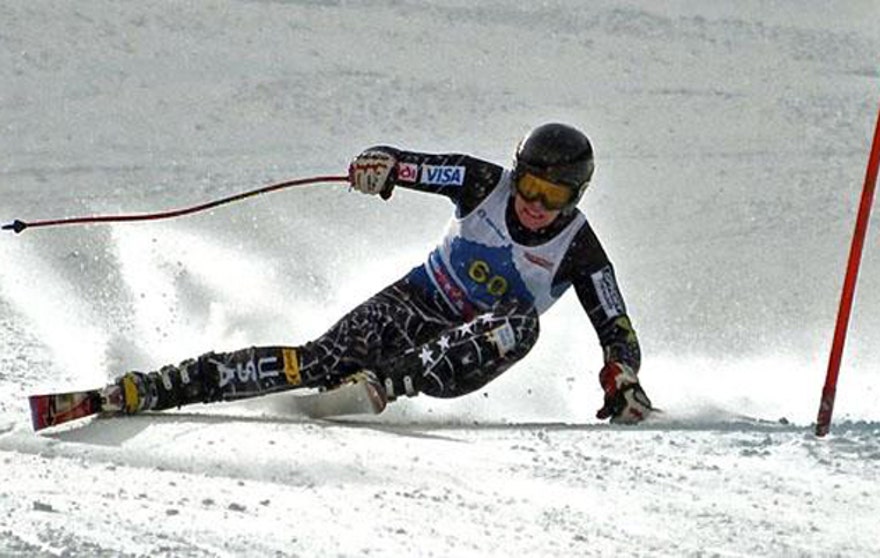 Berlack, a native of Franconia, N.H., landed a spot on the U.S. Development Team for 2014 after wowing coaches at a spring tryout camp. (U.S. Ski Team)

“Maturing rapidly both mentally and physically, I am at a stage where I have the potential to make tremendous changes and achieve the lofty goals I’ve set,” he wrote. “Exposure to the next level will force me to adjust and build character as a skier and individual.  These travels and experiences are key stepping stones to achieving greatness.

“I have an engraved passion in skiing that will last the rest of my life,” he wrote.

The tragedy has left the U.S. ski team “in shock,” Alpine director Patrick Riml told The Associated Press in Croatia, Zagreb, where the American slalom team was preparing for a night race on Tuesday.

“We are all very close,” said Riml, an Austrian who was born and grew up in Soelden. “We train a lot in Park City. We’ll see how they handle the whole thing and how they react.”

Riml added “it’s a shock for everybody. Two great boys, great athletes, good skiers. They were fun to have around. We are all in shock, still. It’s very tragic.”

Berlack and Astle were part of a group of 10 skiers on the development team who gained experience in the Europa Cup and were preparing to race on the top-level World Cup.

“They all have the potential (to be on the World Cup),” Riml said. “These two boys were among the other eight boys who are our future. We believed in these guys, that’s why we selected them.”

Soelden has been the European base for the U.S. ski team since 2011.