Notice: Function add_theme_support( 'html5' ) was called incorrectly. You need to pass an array of types. Please see Debugging in WordPress for more information. (This message was added in version 3.6.1.) in /home/kj8d9sfz7jzn/public_html/federalistpress.com/wp-includes/functions.php on line 5831
 State Department Ducks Hearing on American Pastor Imprisoned in Iran
The State Department ducked a hearing Friday that will focus on the case of imprisoned American pastor Saeed Abedini, just days after the leading U.S. representative to the U.N. Human Rights Council declined to specifically address the pastor’s case during a meeting on Iran’s human rights record. 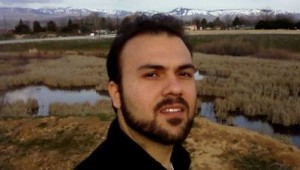 Rep. Frank Wolf, R-Va., chairman of the Capitol Hill commission holding the hearing, slammed the Obama administration for turning down the invitation to testify.

“It is amazing,” Wolf told FoxNews.com. “I can’t, almost, believe it.”

The hearing, which began Friday morning, focuses on the plight of religious minorities in Iran. Slated to testify are the group representing the Abedini family in the U.S. as well as Abedini’s wife, Naghmeh.

Wolf voiced skepticism at the excuse. “The building is loaded with people,” he said of the State Department.

“The very fact that the United States government is not speaking out sends a very powerful message,” Wolf said.

Abedini converted from Islam to Christianity in 2000 and became a U.S. citizen in 2010 after he married his American wife. The Iranian government does not recognize his American citizenship, though it had enabled him to travel freely between both countries until this past summer, when he was pulled off a bus and placed under house arrest, according to his supporters.

The Obama administration has publicly called for Abedini’s release. But Naghmeh Abedini recently told Fox News that she has not received a phone call from President Obama or the secretary of state.

In prepared testimony for Friday’s hearing, she plans to say she is “disappointed” with the U.S. government.

“I am disappointed that our president and our State Department have not fully engaged this case – disappointed that this great country is not doing more to free my husband, a U.S. citizen. We are both proud to be American citizens. And I expect more from our government,” she plans to say.

Jay Sekulow, chief counsel at the American Center for Law and Justice which represents the family of the pastor, called the State Department’s decision not to attend “extremely troubling and offensive to the many who face life-threatening abuse at the hands of the Iranian government.”

“The State Department’s decision to snub this commission cannot be seen as anything less than a wanton disregard to stand up and speak out for those who cannot,” he said in a statement.

The hearing comes after the U.N. Human Rights Council held a meeting in Geneva on Monday that focused on Iran’s human rights record. At that meeting, the European Union delegation specifically called for the release of “prisoners of conscience,” including Abedini and others.

The U.S. representative, though, did not mention Abedini by name. Ambassador Eileen Chamberlain Donahoe instead broadly criticized “the Iranian government’s ceaseless campaign of abuse” against those who dissent.

She also called the findings of a new report by the Special Rapporteur “serious” and “indicative of an ongoing and intensifying crackdown on human rights defenders and civil society actors.”

That report included a section on the Abedini case.

The State Department, when asked why Donahoe did not herself raise the Abedini case, noted that the U.S. delegation focused on that report, “which details the Iranian government’s ceaseless campaign of abuse against all who criticize or oppose it.”

A State Department official also said that in Geneva, “we made pointed reference to a number of our concerns regarding Iran, along with Syria, China, Cuba and North Korea.”

The official said religious freedom is a “top priority” of the administration, and the “White House and State Department have repeatedly and publicly called for Mr. Abedini’s release.”

“We continue to raise Mr. Abedini’s case with a variety of international actors to help raise awareness of his case and secure his release,” the official said.

But Wolf said the decision “not to even show up” at Friday’s hearing betrays what he described as “an inherent bias in the State Department against people of faith.”

Wolf wanted to hear from Suzan Johnson Cook, ambassador-at-large for international religious freedom, or an official in the human rights division. He said he specifically wanted to ask the witness what is being done to secure Abedini’s release.

The Obama administration has addressed his case in the past, when questioned by the press.

State Department spokeswoman Victoria Nuland said on March 7 that the administration is “deeply concerned that the Iranians have not yet granted access to him by our Swiss protecting power” and continues to believe “he should be released immediately.”

She has previously voiced concern about the fairness and transparency of his trial and claimed the administration is “actively engaged” in the case.

White House Press Secretary Jay Carney has said the same, and earlier this year he condemned “Iran’s continued violation of the universal right of freedom or religion.”

Abedini has been held in Iran’s brutal Evin prison since September of last year and was sentenced to eight years in prison in January – accused of evangelizing and threatening national security. The U.N. report said Abedini spent four weeks in solitary confinement and was subjected to tactics like sleep deprivation, after he was arrested in September. The report said he was then transferred to another ward where he was reportedly beaten and initially denied access to medical treatment.

His wife and their two children are in Idaho, though his wife traveled to Washington on Friday for the hearing.

Wolf said he can only assume the State Department’s message to Americans abroad is: “Just don’t get arrested in a foreign country.”