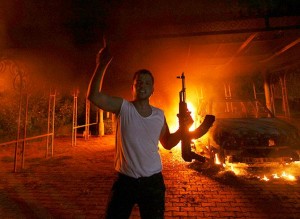 Utah Republican Rep. Jason Chaffetz suggested Sunday that potential witnesses to the 2012 Benghazi terror attacks are being intimidated by the State Department but they will come forward after so-called “whistle-blowers” testify this week before Congress.

“I think these people are afraid of retaliation, afraid of what the State Department will do to them,” Chaffetz, a member of the House Committee on Oversight and Government Reform, told “Fox News Sunday.”

Chaffetz’s remarks came one day after the committee announced three witnesses for its hearing Wednesday on the Sept. 11, 2012, fatal attacks on a U.S. outpost in Benghazi, Libya. 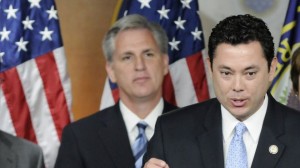 “Others are out there and will testify,” Chaffetz said. He also suggested Thompson has been “suppressed” but did not say how.

President Obama and the State Department have denied knowledge of such actions.

“I’m not familiar with this notion that anybody has been blocked,” the president said last week.

Massachusetts Democrat Rep. Steve Lynch told Fox on Sunday that independent investigators interviewed more than 100 witnesses and determined “no breach of duty” during the attacks in which U.S. Ambassador Christopher Stevens and three other Americans were killed.

Lynch, also a member of the House oversight committee, defended House Democrats on the issue, saying the Republican-led chamber calls the hearings and picks witnesses.

“We don’t have the ability to hold a hearing,” he said.