Notice: Function add_theme_support( 'html5' ) was called incorrectly. You need to pass an array of types. Please see Debugging in WordPress for more information. (This message was added in version 3.6.1.) in /home/kj8d9sfz7jzn/public_html/federalistpress.com/wp-includes/functions.php on line 5831
 Technology Makes Possible the Surveillance State 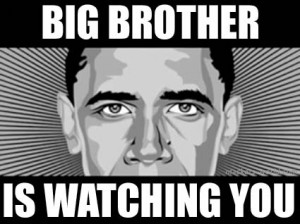 Technology is making your every move — perhaps even those movements you make in the bathroom — ready for broadcast. The question is, are you ready for it?

Following the revelations about some of what the U.S. National Security Agency has been up to — secretly collecting millions of phone records and innumerable personal online searches and e-mails — government officials have been scrambling to reassure the public that the amount of information it is collecting is negligible, even trivial, and doesn’t impinge on personal freedom. However, the technology itself argues against the idea that what’s being collected about you is harmless.

Consider that phone numbers with time and location information can be easily combined with Web searches (for “anti-depressants,” say) and text message information to form a picture of where you are and what you’re doing. No one needs to listen to the content of a call if they know everything else about you, like the fact that you’ve messaged a therapist several times this week, belong to a gun club, and gave money to a Tea Party candidate.

Furthermore, the government’s Prism program looks positively mundane when you consider the other possible sources of information available through secret government surveillance. It is technically possible to monitor nearly every U.S. citizen — through automated scanning software programs — seven days a week, 24 hours a day.

Video cameras monitor you walking down the sidewalk. Toll tags and on-board connected car systems monitor you behind the wheel, even relaying rabbit starts, severe braking, and excessive speed. Security systems at work oversee cubicles, and employers monitor computer habits with hidden software that tracks keystrokes. At home, smart TVs with streaming services collect information about what you’re watching. Some sets and gaming consoles even include cameras that can tell who is in the room sitting on the couch. 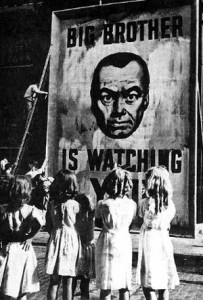 Worse, our addiction to smartphones means we’re beaming our location, purchases, banking information, and personal relationships over networks that can be easily tapped — by government officials or by malware from hackers. Indeed, a computer program known as Flame that security experts say was created for espionage purposes has the demonstrated ability to secretly turn on a device’s microphone and record a conversation.

And then there’s Google Glass.

The much anticipated eyewear isn’t even available to the public yet, but when it is people won’t have to hold up a phone to take a picture, they’ll be able to record video in the blink of an eye. At a recent shareholder meeting, Google CEO Larry Page told attendees not to be terrified that people might use Glass in a public bathroom, just as we shouldn’t worry about people using smartphones in the bathroom.

I think there are some choice words folks would have for people who use Google Glass in the bathroom. (Try explaining to the friendly police officer that you were just reading FoxNews.com on the eyepiece, honest.)

The problem, of course, is the surreptitious nature of the technology and the secret monitoring it enables. It means that information — information you might think is innocuous — can be used against you without your knowledge. (Never mind embarrassing videos showing your lack of hygiene in the bathroom.) You may never know why you were rejected for a job or your kid didn’t get into a particular school.

Hypothetically speaking, you might be pulled over on the highway in the middle of the night by an officer who claims you were dallying in the passing lane. Unbeknownst to you, the real reason was that your plate was flagged by a license plate reader (LPR) camera, which was relying on an algorithm that detected that an individual who made phone calls to Eastern Europe and conducted Web searches for gun clubs is associated with that plate number.

The police officer lets you go on your way, but the next week, late at night, the same thing happens. And then the week after that, and, well, you get the picture.

So even if you never do anything wrong, never jaywalk or get a parking ticket, the information collected could be used against you, and you would be none the wiser. Catching terrorists is a laudable aim of such technological surveillance, and you might trust the Obama administration that such surveillance will never be misused. But what about the next administration?

Should people associated with the Tea Party get extra scrutiny from the IRS? Should people who are against gun control be monitored by state police? Should anti-war activists have their search history scrutinized by the NSA?

There are technological ways to limit the intrusion of such technology and prevent it from diminishing our privacy and freedoms, but it requires extra work. Programmers can limit the scope and fine tune communications monitoring software, and government officials could submit to more oversight by courts that are not secret.

But in a society where most of us are scrutinized on camera already — with the bathroom soon to come — it may be too late to put the digital genie back in the bottle.