Notice: Function add_theme_support( 'html5' ) was called incorrectly. You need to pass an array of types. Please see Debugging in WordPress for more information. (This message was added in version 3.6.1.) in /home/kj8d9sfz7jzn/public_html/federalistpress.com/wp-includes/functions.php on line 5831
 The Man-Made Global Warming Myth 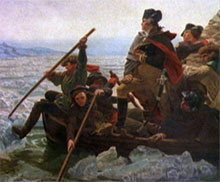 In the 1970s we were told by the media, university professors, Hollywood stars, and NOAA that the earth was slipping into global cooling, the precursor to an imminent ice age. They assured us that it was our own fault – carbon emissions, etc.

When the data just didn’t add up they changed their minds, and stories, and against all logic and acceptable methods of scientific inquiry began to preach the gospel of Global Warming—a religious-like dogma of the left that required strict acceptance of the proposition, regardless of the lack of evidence.

The press, media, and politicos treated us to an incessant barrage of lectures and finger wagging for several years, insisting that global destruction was imminent, and that we had to immediately cut back on Western industrialization and go entirely green if we wanted to survive. Al Gore’s An Inconvenient Truth became the bible of the left, and every social and political consideration came to be filtered through the lens it created. Gore even proffered a petition signed by thousands of “scientists” (most of whom turned out not to be scientists) bolstering his theory. International treaties intended to hand over American sovereignty to international bodies have been waved in our faces and entire economies have been destroyed by the adoption of “green jobs” policies.

We believe it is significant that while accepting his Nobel Prize for awaking the world to the threat of global warming, Al Gore firmly declared that the proof of his theory would be seen in the total disappearance of the polar ice cap by 2013. Of course, global temperatures have been consistently cooler since that time, and before, and the polar ice cap has grown by 60 percent.  As of this writing, most of the U.S. is piled high with snow and ice, and Lake Superior is nearly frozen completely over–a 17 year trend, not an anomaly. See our article of February 12, NEW ICE AGE? Lake Superior Nears Rare Freeze-Over | Damn Global Warming!

Then came Climategate, where it was discovered that climate “scientists” and government employees were actively falsifying data to prove that human activity is causing earth’s weather to change substantially. Why the need to falsify data if it’s true? That has become the trillion dollar question.

We who are impartially considering the data have been disparaged and derided by those who have drunk from the chalice of Climate Change dogma. It is interesting that no one ever asks what our opinion is. In fact, there is a current petition in circulation signed by more than 31,000 real scientists, including more than 9,000 with Ph.D.s (we know that because they must certify their degrees on the petition), which certifies:

“We urge the United States government to reject the global warming agreement that was written in Kyoto, Japan in December, 1997, and any other similar proposals. The proposed limits on greenhouse gases would harm the environment, hinder the advance of science and technology, and damage the health and welfare of mankind.

Here is an inconvenient truth for the left. During the early Dark Ages global temperatures were reported to be higher than normal. Then there were the memorable “little ice age” conditions that inundated Europe and North America between 1600 and 1900 with lots of snow and ice. During those centuries witnesses reported that the Thames River in London would freeze so solidly that folks roasted oxen on the ice for months during the winters, and that iceboats could sail down the Hudson River almost as far south as New York City. In fact, the famous December 25, 1776 raid on the British in New Jersey was impeded by a Delaware River choked with ice. (Refer to the famous painting at the top)

When is the last time anyone saw the Delaware choked with ice, or the Thames frozen over? It was over 100 years ago that average temperatures rose to the point that those rivers no longer froze in the winter. Is that due to carbon emissions? Anyone who tells you it is, is just falsifying data.