During the 2012 presidential campaign, that awesomely deep well of perpetual wisdom, Alec Baldwin, proclaimed that if Barack Obama were not black, his vote total would have been 20 percent higher. 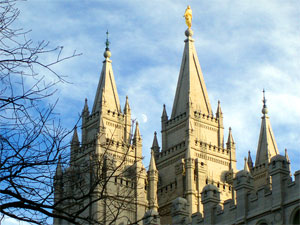 People of real intelligence realize that the opposite was probably true: if he had been white, his vote total would have been 20 percent lower. The African-American voting bloc combined with enough whites suffering from liberal guilt guaranteed a higher vote total for Obama.

The truth of the matter is, if Mitt Romney had not been a Mormon, his vote total might very well have been significantly higher.
In fact, according to a Gallop poll released in June of last year, while 4 percent of people said they would not vote for a black president, a full 22 percent said they would not vote for a Mormon. In fact, only atheists and gays ranked higher.

So Baldwin probably had it backwards, which he usually does, so that comes as no surprise.

What did come as a surprise to me is why people would have such negative views of Mormons. I have known lots of them in my life, and in most cases they have been hard-working, kind, generous family-oriented people—just the kind of people this country used to value (and maybe that’s the problem right there.)

Mormons have intrigued me ever since Mike Huckabee back in 2007 claimed that Mormons believe that Jesus and Satan are brothers. With the recent election over, I decided to check out Mormons a bit more.

My hope in doing this was to explain to readers who Mormons are and whether or not 22 percent of the people were justified in opposing having a Mormon president.

But instead I’m going to share an intriguing bit of Mormon theology I learned that I think makes them perhaps the most politically wise human beings on the planet. Ironically, this story stems from that Huckabee quote about the relationship between Jesus and the devil, but the lesson to be learned is one that, regardless of our political or religious views, we would all be wise to consider.

So here’s what I learned: Mormons, unlike most other Christian sects, believe that all humans lived a life before mortality. They call this the pre-existence or pre-earth life. At birth a veil is placed over our minds so that we don’t remember it (you’ll see why in a minute).

In this pre-earth life, we were all in the presence of God as His spirit children. Jesus was there—the first-born of God’s spirit children, and a leader in the councils in Heaven. Lucifer was also there, and was another leader among the children of God. He was called a “son of the morning.”

At some point in this existence, the Father called all of His children together to explain how things worked. All of His children would have to leave His presence and come to earth for a period of testing. The goal was to see if we would live a righteous life even when we had to live by faith, as we would no longer be able to remember God or heaven (that’s the reason for the veil).

If we would live a righteous life, we would be given the opportunity to return and live with God forever. Otherwise we would forfeit that chance, because no unclean thing can live in God’s presence. However, God knew that we would all make mistakes, so he would provide a Savior for the world. This Savior would live a sinless life, and because of that, he would qualify to pay for the sins of the world through what would be called the “Atonement.” If people would sincerely repent of their sins, then the Atonement would essentially erase their sins, and they could still return and live with God. The Father called for volunteers to be this savior, and two stepped forward: Jesus and Lucifer. 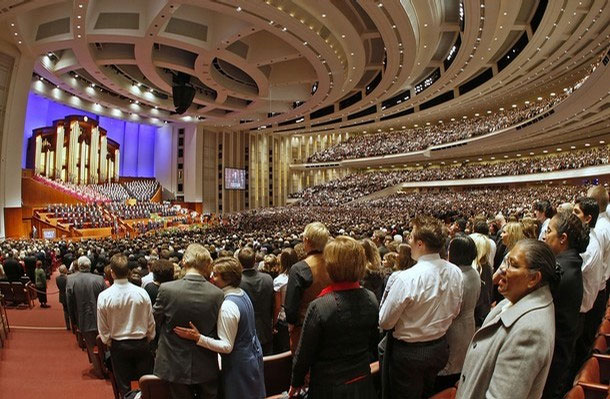 Lucifer said that he would be the savior and he would force everybody to live righteously, thus guaranteeing that all of God’s spirit children would return to Him in heaven [and he, Lucifer would receive all the credit/glory]. Jesus said that He would follow the Father’s plan and allow God’s children their free agency [and all the glory would go to God]. They could choose for themselves whether to live righteously and take advantage of the Atonement or whether to live in sin and forfeit the opportunity to return and live with God.

God rejected Lucifer’s plan, causing Lucifer to rebel and declare war on God. One-third of God’s spirit children joined Lucifer in this rebellion. In the end, the rebellion failed and Lucifer and his followers were cast out of heaven. They came to earth without bodies and now, continuing the war they started in heaven, they tempt men to do evil to one another and lose out on the chance to return to God. [Luke 10:18; Revelation 12:9; Isaiah 14:12]

PAY ATTENTION HERE; THIS IS THE GOOD PART

That is where Mormon theology is so intriguing. For Mormons, the greatest of all battles, the war in heaven, was fought over LIBERTY—or as they call it, “free agency.”Lucifer wanted to take it away, while God demanded that humans have it.

Although a Mormon might balk at my making comparisons between their religious beliefs and modern politics (and as I said earlier, every Mormon I’ve ever known was a very good person, so I apologize to any I offend), I see a direct correlation here. For a Mormon, the battle for liberty is not unique to this life; it is the core battle of the ages. Lucifer lost the war in heaven (he really thought he could beat God?), but the war continues on earth. So seeing the government become more and more tyrannical is not just a political concern; it’s a fundamental, eternal concern.

I’m inspired by this Mormon theological idea: God intended for humans to be free to make our own choices and live with the consequences of those choices. The Founding Fathers of this country said essentially the same thing in the Declaration of Independence:
We hold these truths to be self-evidence, that all men are created equal, that they are endowed by their creator with certain unalienable Rights, that among these are Life, Liberty and the pursuit of Happiness.

My study of Mormonism has not only given me newfound respect for this people and their religion; it has also made me evaluate my own attitude towards the liberty that seems to be slipping through all of our fingers. Is this just something that is nice to have, and for which I thank the Founding Fathers? Or is it really something that is endowed by God, and that He expects me to fight for. According to Mormon theology, I already fought for this once. The fact that I’m here says that I was on God’s side in the war in heaven, and fought for liberty.

A Mormon might ask, why should any of us be less willing to fight for it here than we were there?

The Tree of Liberty is Dying—Is Civil War Coming?