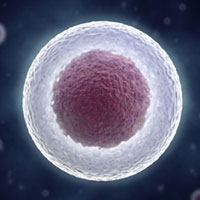 Those who read George Bush’s Decision Points may have been interested to learn that up until the 9/11 attacks the most important issue facing his administration in his opinion was stem cell policy.

The stem cell problem is rooted in the abortion issue. Liberals support embryonic stem cell research because it bolsters their argument that abortion is socially desirable. President Bush echoed the conservative dilemma as he wrestled with the cost/benefits analysis of stem cell research—at what cost would stem cell benefits come?

President Bush wrote that he labored over the issue, holding out hope that adult stem cells (non-embryonic) would become available and the problems inherent in embryonic stem cells would become irrelevant.

According to Roger Nocera, M.D., that day has arrived. In his book Cells That Heal Us From Cradle To Grave: A Quantum Leap in Medical Science (Amazon ebook), Dr. Nocera reveals that useable adult stem cells were discovered in 2003 and have been used to treat serious diseases in clinics around the world since then.

Although Dr. Nocera is a self-described liberal Democrat who supports Roe v. Wade, and admits in the book that the Democrats have been backing the wrong horse on the stem cell issue, because of their misguided devotion to the abortion issue.

The completely naturally occurring adult stem cell discovered in 2003 has been utilized in treatments in offshore clinics—offshore, because stem cell treatment is currently banned by the FDA. This newly discovered adult stem cell is found stored in our own body fat or is left in umbilical cords and thrown out as bio waste.

Many incurable diseases, conditions and injuries are being cured with simple treatments. One of my favorite cases is a middle-aged doctor who needed a heart transplant and would die within a few more months, and was given a simple I.V. with these Healing Cells, and his heart is now as good as new.