Notice: Function add_theme_support( 'html5' ) was called incorrectly. You need to pass an array of types. Please see Debugging in WordPress for more information. (This message was added in version 3.6.1.) in /home/kj8d9sfz7jzn/public_html/federalistpress.com/wp-includes/functions.php on line 5831
 Top IRS Official Caught Spinning On Tea Party Targets 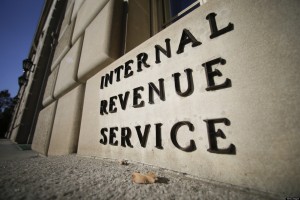 A detailed fact-check published Monday tore into an IRS official’s claim that the agency’s scrutiny of conservative groups started in response to an influx of nonprofit applications, showing the practice started well before the forms started flooding in.

The piece in The Washington Post disputed a central claim

that Lois Lerner, head of the exempt organizations division, and other IRS officials made as they admitted to targeting conservative groups for additional scrutiny as they sought tax-exempt status.

Indeed, there was an uptick recorded in that time period. But, as the Post wrote, “it was relatively small.”

“The real jump did not come until 2011, long after the targeting of conservative groups had been implemented,” the Post wrote.

The inspector general report released last week said a Cincinnati office began drafting the new criteria as early as May 2010. But statistics included in the report show the number of applications in that group actually declined between 2009 and 2010 — from 1,751 to 1,735.

The Post fact-check column adjusted the numbers to reflect the rise from one calendar year to the next, as opposed to fiscal year. Even then, the increase was from 1,745 to 1,865.

Applications did not begin to rise significantly until 2011 and 2012.

The Post column gave this and several other Lerner claims a rating of “four Pinocchios,” which is the worst score given by the newspaper’s fact-check column.

“In some ways, this is just scratching the surface of Lerner’s misstatements and weasely wording when the revelations about the IRS’s activities first came to light on May 10,” the Post wrote.

The column also questioned her claim that they looked at the issue after seeing “information in the press.” However, as the Post points out, the IG report said Lerner was briefed on the program in June 2011. Press reports didn’t appear until early 2012.

Further, Lerner claimed, as she publicly acknowledged the program, that nobody had asked her about it before. But she was asked about the probe during congressional testimony two days earlier. It has since emerged that Lerner contacted a friend to pose the question about the IRS program to her at a May 10 conference.