A federal grand jury has indicted 12 Russian intelligence officers for allegedly hacking emails from the Hillary Clinton campaign and Democratic Party during the 2016 election, the Justice Department announced Friday.

All 12 defendants are members of GRU, the Russian intelligence agency.

The case stems from Special Counsel Robert Mueller’s probe into Russia’s efforts to interfere in the 2016 presidential election. It comes as President Trump plans to meet Russian President Vladimir Putin for a summit in Helsinki on Monday.

The indictment amounted to the clearest allegation yet of Russian meddling in the election, blaming Moscow for the email hacking scandal that rocked the 2016 race by revealing embarrassing and politically damaging discussions by major Democrats. The charges swiftly fueled calls from Democratic lawmakers for Trump to cancel his Putin summit.

“There is no allegation that the conspiracy changed the vote count or affected any election result. The special counsel’s investigation is ongoing.”

But as Trump continues to describe the probe as a “witch hunt,” the White House downplayed the allegations.

“Today’s charges include no allegations of knowing involvement by anyone on the campaign and no allegations that the alleged hacking affected the election result,” said Lindsay Walters, the deputy White House press secretary. “This is consistent with what we have been saying all along.” 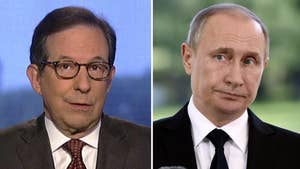 The 29-page indictment says starting in March 2016, the Russian agents used “a variety of means to hack the email accounts of volunteers and employees” of Hillary Clinton’s campaign. Her campaign chairman, John Podesta, famously had his emails leaked during the campaign.

“The conspirators covertly monitored the computers of dozens of DCCC and DNC employees, implanted hundreds of files containing malicious computer code and stole emails and other documents from the DCCC and DNC,”  it read.

By April 2016, according to the documents, the defendants began to release the hacked materials to the public by using fictitious online personas like DCLeaks and Guccifer 2.0.

The indictment comes as Mueller’s team has investigated whether anyone associated with the Trump campaign assisted the Russians.

But during his press conference, Rosenstein said, “there is no allegation in this indictment that any American citizen committed a crime.” 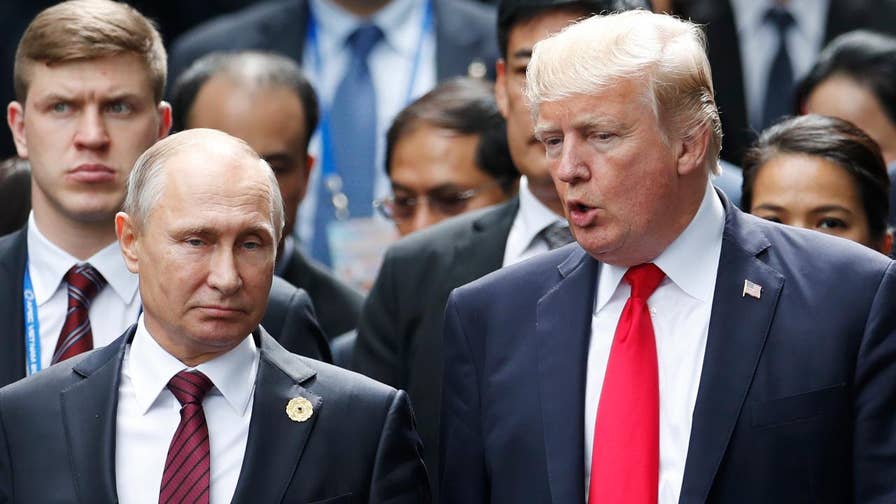 He also said, “There is no allegation that the conspiracy changed the vote count or affected any election result. The special counsel’s investigation is ongoing.”

The announcement came at the same time Trump was meeting with Queen Elizabeth II in England, with plans to meet Putin for a summit on Monday. Trump has previously cited Putin’s denials of election interference, while saying he would like their two countries to get along.

“President Trump should cancel his meeting with Vladimir Putin until Russia takes demonstrable and transparent steps to prove that they won’t interfere in future elections,” Senate Minority Leader Chuck Schumer, D-N.Y., said Friday. “Glad-handing with Vladimir Putin on the heels of these indictments would be an insult to our democracy.”

Rosenstein said he briefed the president on the charges this week.

Though the indictment listed the Democratic groups, Rosenstein made a point of not naming the political affiliation of the hacked organizations during his press statement, saying it’s important to think “patriotically” and not politically in the face of such threats.

Florida Rep. Debbie Wasserman Schultz, who served as chairman of the Democratic National Committee during the time period, took aim at Trump in a statement.

“I’m pleased that the Justice Department is following the facts wherever they may lead, despite Donald Trump’s dangerous distortions and his refusal to acknowledge the conclusions reached by the American intelligence community,” she said.

Russian individuals have previously been indicted as part of the case. In February, Mueller brought a case against 13 Russians and three Russian companies who are accused of setting a “strategic goal to sow discord in the U.S. political system, including the 2016 presidential election.”