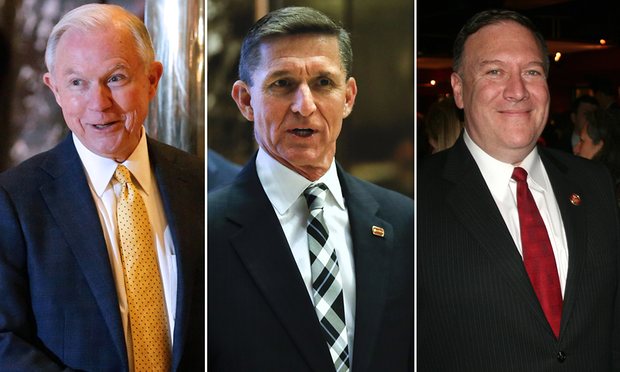 President-elect Donald Trump has offered top political positions in his administration to three of his most ardent supporters during the election.

Mr. Trump has picked Kansas Congressman and Tea Party favorite Mike Popeo to head the CIA. Pompeo is a member of the House Select Committee on Intelligence and has been an ardent supporter of the Patriot Act and the National Security Agency’s collection of bulk data.