Notice: Function add_theme_support( 'html5' ) was called incorrectly. You need to pass an array of types. Please see Debugging in WordPress for more information. (This message was added in version 3.6.1.) in /home/kj8d9sfz7jzn/public_html/federalistpress.com/wp-includes/functions.php on line 5831
 Trump Pummels Clinton in Debate #2 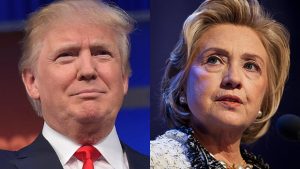 In the second debate of the 2016 presidential race, Trump came back strong, obviously deciding that the “gentleman” approach he had adopted for the first debate had not worked well in his favor.

Trump had suffered over the weekend by the revelation of an audio tape made over a decade ago wherein he sounded like a rock star who could take any woman he pleased. As the debate took shape, however, the focus quickly and clearly shifted to Mrs. Clinton’s actual acts against women, not just words.

In this debate, Clinton often looked like a deer in the headlights as Trump laid bare the details of her husband’s many abuses of women, one even claiming he raped her, and how Hillary had become an accomplice-after-the-fact by publicly flogging his accusers, despite the overwhelming evidence of his guilt. Mr. Clinton was later impeached, lost his license to practice law, and paid an $800,000 settlement in court as a result of his attacks on some of these women. Hillary, however, never apologized for her public besmirching of the victims.

Similarly, Trump confronted Clinton with evidence of her wrongdoing in regard to erasing over 30,000 emails and “acid washing” the email server AFTER she received a congressional summons telling her to preserve the emails as evidence in a congressional investigation.

When Hillary was asked by moderators about the recent Wikileaks posting of her Wall Street speeches, which she had previously refused to make public herself, where it was revealed that she actually supports completely open borders among other things, Hillary attempted to advocate a schizophrenic view of public life, where it’s alright for a politician to express one view publicly, and the opposite view behind closed doors, invoking Abraham Lincoln’s methods of dealing with a pro-slavery Democratic party as an example. Trump rebuked Clinton, saying, “You’re no Lincoln,” telling her that her unwavering dishonesty with the American people was in stark contrast to Lincoln’s pristine reputation for honesty. 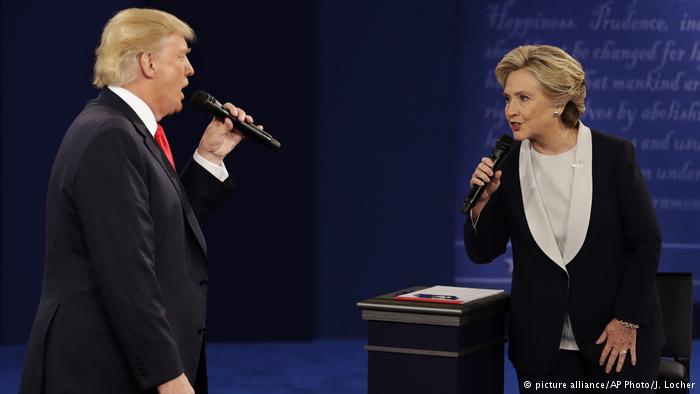 As she did in the first debate, Hillary Clinton repeatedly cried for help from so-called “fact-checkers,” in an effort to deflect Trump’s blows, but everyone watching the debate was painfully aware that Hillary’s record is cemented in historical fact, and that no amount of spin from her campaign or the press could provide relief as she took punch after punch.

When Trump was allowed to speak to substantive issues, he was thoughtful and pro-American, in contrast to Mrs. Clinton. He pummeled her on her record as First Lady, Senator, and Secretary of State, pointing out that she had accomplished nearly nothing in her 25+ years of accumulating power, while making many foreign policy blunders (Iraq, Iran, Syria, Libya, etc.) and accumulating hundreds of millions of dollars in personal wealth by selling favors as Secretary of State.

When asked about their choices for Supreme Court justices, Mr. Trump said he would appoint justices in the mold of the late Justice Scalia, men and women who honor the Constitution and the Founders’ intent when they adopted it. Mrs. Clinton, conversely, said she would look for justices who would provide a modern, liberal interpretation of law.

Mrs. Clinton was clearly shaken by the overwhelming evidence of her corruption and self-dealing (with much more to come in debate #3), and was on the ropes much of the evening, stammering and white-faced on several occasions. As the debate drew to a close, Clinton was reduced to wandering incoherence while Trump remained focused and substantive. It was a clear victory for Mr. Trump.