Notice: Function add_theme_support( 'html5' ) was called incorrectly. You need to pass an array of types. Please see Debugging in WordPress for more information. (This message was added in version 3.6.1.) in /home/kj8d9sfz7jzn/public_html/federalistpress.com/wp-includes/functions.php on line 5831
 Trump to Recognize Jerusalem as Israel’s Capital, Will Move US Embassy 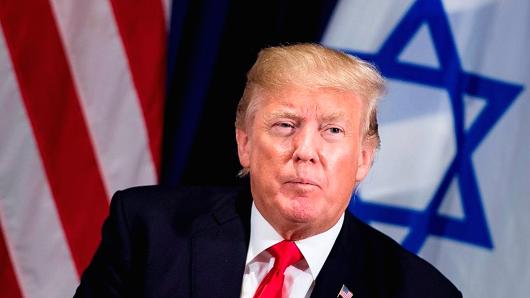 President Trump on Wednesday will order the State Department to begin moving the U.S. Embassy in Israel to Jerusalem from Tel Aviv, senior administration officials said, a move that fulfills a campaign promise made to religious conservatives but one that could inflame tensions across the Middle East.

In his announcement, Trump will say that the U.S. government recognizes Jerusalem as the capital of Israel. One official described it as an “honest” acknowledgement of a “seven-decade old fact.”

“While President Trump recognizes that the status of Jerusalem is a highly sensitive issue, he does not think it will be resolved by ignoring the simple truth that Jerusalem is home to Israel’s legislature, its Supreme Court, the prime minister and is such the capital of Israel,” one official said.

The U.S. would be the first country to move its embassy to Jerusalem, which is claimed by both Israelis and Palestinians. Other countries who have diplomatic relations with Israel keep their embassies in Tel Aviv.

But the embassy move would not be immediate and could take at least three or four years.

The U.S. officials said there are currently about 1,000 personnel in the embassy in Tel Aviv. They added that there is no facility in Jerusalem ready to serve as the embassy site, and it will take time to address security, design and cost concerns.

“It will take some time to find a site, address security concerns, design a new facility, fund a new facility — working with Congress, obviously — and build it,” one official said. “So this is not an instantaneous process.” 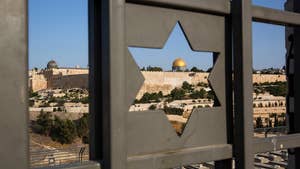 Netanyahu has said he supports the U.S. moving its embassy. But Abbas has warned of the “gravity of consequences” should the move become official for “the peace process and security and stability in the region and world.”

An international affairs adviser for Abbas said that the move “totally destroys any chance that he can play a role as an honest broker” in Middle East peace negotiations.

Turkish President Recep Tayyip Erdogan warned that moving the capital was a “red line” for Muslims, and such an action could result in Turkey severing diplomatic ties with Israel.

But the law allows for a loophole used by former Presidents Bill Clinton, George W. Bush and Barack Obama – an option to issue waivers every six months to delay the move from Tel Aviv. 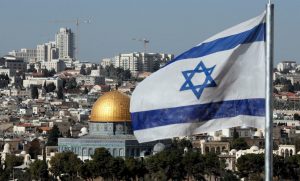 Trump also took advantage of the loophole, which Republicans have long called to be closed. Trump’s first waiver was signed in June, which drew praise from the Palestinians and some disappointment from Israel.

The administration officials said Tuesday that Trump will still sign a waiver to keep from jeopardizing State Department funding while the relocation process begins.

In January, Republican Sens. Dean Heller, Marco Rubio and Ted Cruz introduced legislation that would move the embassy to Jerusalem and recognize the city as Israel’s capital, after the Obama administration abstained from a U.N. Security Council vote to condemn Israeli settlement expansion in the West Bank.

Fox News’ Brooke Singman and Kelly Chernenkoff contributed to this report, along with The Associated Press.