Notice: Function add_theme_support( 'html5' ) was called incorrectly. You need to pass an array of types. Please see Debugging in WordPress for more information. (This message was added in version 3.6.1.) in /home/kj8d9sfz7jzn/public_html/federalistpress.com/wp-includes/functions.php on line 5831
 Trump Withdraws from Iran Nuclear Agreement, Calls Pact ‘Defective at its Core’

President Trump on Tuesday announced plans to leave the Iran nuclear deal, declaring the pact has failed to halt the country’s nuclear ambitions in perhaps the biggest foreign policy decision of his administration.

Speaking at the White House, Trump said: “I am announcing today the United States will withdraw from the Iran nuclear deal.”

Trump for months had left open whether he would move to scrap the pact, and his apparent decision to re-impose sanctions has rattled European rattles and leaves unclear how Tehran will respond. 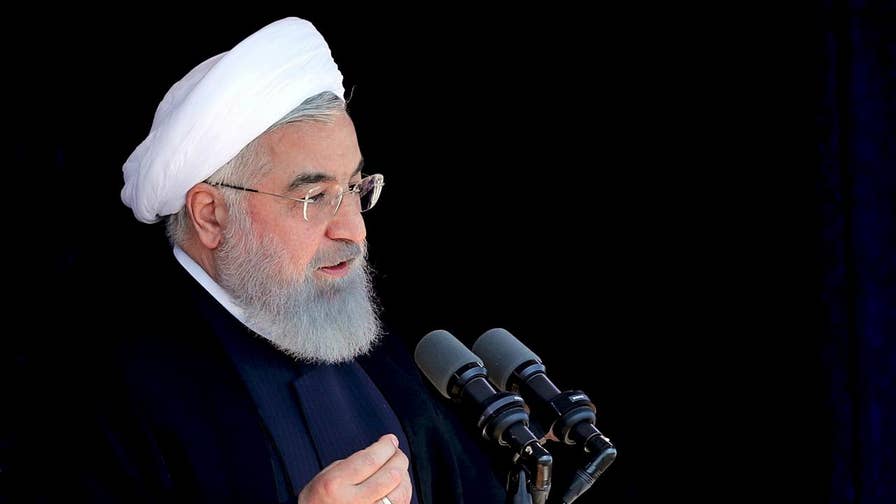 But Trump scorched the deal in his Tuesday remarks, saying it put only weak limits on the regime’s nuclear activity and still would allow Iran to pursue a nuclear weapon once key parts of the agreement lapse.

“This was a horrible, one-sided deal that should have never ever been made,” he said. “… The Iran deal is defective at its core.”

The Treasury Department said a restoration of some sanctions will go into effect after a 90-day countdown, with the rest kicking in after a 180-day wind-down period. Once sanctions are re-imposed, the U.S. effectively would be out of the deal.

“At the heart of the Iran deal was a giant fiction, that a murderous regime desired only a peaceful, nuclear energy program,” Trump said Tuesday. “Today, we have definitive proof that this Iranian promise was a lie.”

“This was a horrible, one-sided deal that should have never ever been made.” – President Trump

The Treasury Department said Trump would move to reimpose all sanctions on Iran that had been lifted under the 2015 deal, not just the ones facing an immediate deadline. If he follows through on a sweeping imposition of sanctions, the move threatens to topple the Iran nuclear agreement as a whole – and with it, his predecessor’s signature foreign policy achievement.

“In theory, the so-called Iran deal was supposed to protect the United States and our allies from the lunacy of an Iranian nuclear bomb, a weapon that will only endanger the survival of the Iranian regime,” Trump said. “In fact, the deal allowed Iran to continue enriching uranium and over time reach the brink of a nuclear breakout.”

During his speech, Trump called Iran “the leading state sponsor of terror.”

“It exports dangerous missiles, fuels conflicts across the Middle East, and supports terrorist proxies and militias, such as Hezbollah, Hamas, the Taliban, and Al Qaeda,” he said.

Former President Obama released a statement arguing the nuclear deal “is working” and “has significantly rolled back Iran’s nuclear program,” saying that’s why Trump’s announcement “is so misguided.”

Trump started the day by warning former Secretary of State John Kerry not to meddle in the negotiations. 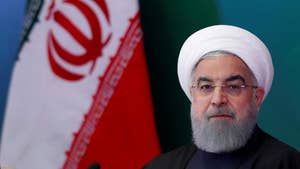 Rouhani urges US to stay in Iran nuclear deal

“John Kerry can’t get over the fact that he had his chance and blew it! Stay away from negotiations John, you are hurting your country!” Trump tweeted early Tuesday.

This was a reference to reports that Kerry was meeting with foreign officials in a bid to salvage the pact. Speaking at a summit Tuesday in Italy, Kerry did not back down, saying the Middle East is “safer with this agreement” and framing this juncture as a choice between peace and war.

Trump’s announcement comes ahead of a May 12 deadline to make a decision on sanctions.

It follows efforts by European allies to convince Trump to keep the deal, even with changes.

But Trump was unconvinced. Since the 2016 presidential campaign, he has railed against the agreement and its Obama administration negotiators.

The 2015 pact lifted most U.S. and international sanctions against the country, in exchange for Iran agreeing to restrictions on its nuclear program making it impossible to produce a bomb, along with rigorous inspections – terms generally set for 10-15 years.

But Israel, Gulf Arab states and many congressional Republicans said the deal was a giveaway to Tehran that ultimately paves the path to a nuclear-armed Iran several years in the future.

“Perhaps the nuclear deal’s most unforgivable flaw is that its original architects chose to stand with and empower Iran’s mullahs over the Iranian people, whose opposition to their corrupt and criminal government continues to grow,” Sen. Marco Rubio, R-Fla., wrote in a Fox News op-ed urging Trump to abandon the pact and ratchet up sanctions.

But Trump’s decision could lead to retaliation from Iran in the near-term. 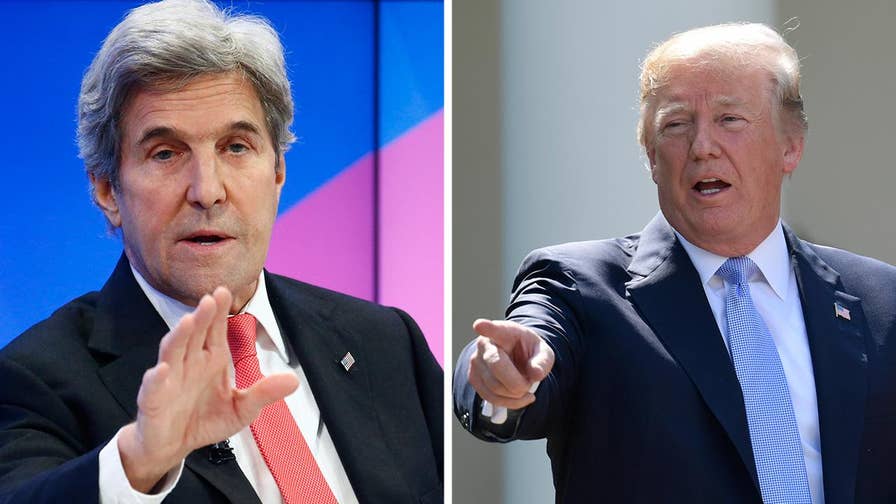 If the deal collapses, Iran could resume prohibited enrichment activities, while businesses and banks doing business with Iran would have to scramble to extricate themselves or run afoul of the U.S.

While Trump himself was tight-lipped about his decision in the run-up to the announcement, Iranian officials also were left guessing.

In Tehran, President Hassan Rouhani sought to calm nerves. “It is possible that we will face some problems for two or three months, but we will pass through this,” Rouhani said.

Rouhani earlier warned of “grave” consequences if Trump pulled back on the agreement.

Obama foreign policy adviser Ben Rhodes, who played a key role in the deal, also tweeted that “Trump is blowing that up with no understanding of what’s actually in the Deal, no plan for what comes next, and no support from our closest European allies, Russia or China.”

A factor leading to Tuesday’s decision may have been Israel’s public lobbying. A week ago, Israeli Prime Minister Benjamin Netanyahu appealed to the U.S. president by making explosive allegations that new evidence proved Tehran had lied about its nuclear program and adherence to the pact.

But even Trump’s secretary of state and the U.N. agency that monitors nuclear compliance have agreed that Iran, so far, has lived up to its side of the deal.