Notice: Function add_theme_support( 'html5' ) was called incorrectly. You need to pass an array of types. Please see Debugging in WordPress for more information. (This message was added in version 3.6.1.) in /home/kj8d9sfz7jzn/public_html/federalistpress.com/wp-includes/functions.php on line 5831
 Unemployment Numbers: Cooking The Books 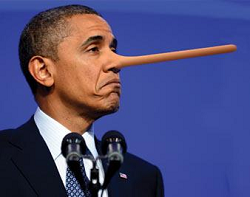 In an economy where fewer jobs are created every month than the month before, and those on food stamps and other government assistance has climbed from 32 million to 47 million under the Obama Administration, and unemployment has been solidly above 8% for more than 40 months (averaging 9%); suddenly, and without explanation, just 4 weeks before the election, the administration releases a glowing jobs report purporting that the unemployment rate has dropped to (drum roll . . . . . . . ) 7.8%.

Yes, it’s a miracle. A miraculous testament to the miraculous miracles provided by President Obama’s economic policies. Did we mention what a miracle these new numbers are? 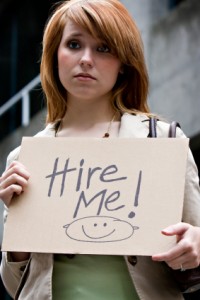 government unemployment rate will remain between 8.2 and 8.5 percent for the remainder of 2012. So how is it that while every other economic indicator and employment statistic points to a failing economy and horrific employment outlook, Obama’s Labor Department publishes an unemployment rate below 8% just before the election?

The Labor Department bases its “jobs added” number on a broad survey of employers, coming up with just 114,000 jobs that were added in September (150,000 employees are added monthly). These sliding numbers have been steady for several months.

Despite this 114,000 ceiling on jobs added, they also performed a “household survey” which reflects how many people “say” they went back to work. The numbers “should” be about the same. In this particular pre-election survey, however, there was an unprecedented and astounding spike–a whopping 873,000 new jobs were added in September according to Labor Department canvassers–a difference of 759,000.

How is a difference of 3/4 of a million jobs possible? It’s not.

It’s as if ACORN had been put in charge of figuring out the unemployment rate.

Former Congressional Budget Office director Doug Holtz-Eakin opined,”This must be an anomaly . . . It is out of line with any of the other data,” calling the estimate of 873,000 new jobs “implausible.” That’s bureaucratic-speak for “lie.”

Indeed, the morning after the first presidential debate where Obama got his ass handed to him by GOP contender Mitt Romney, left-leaning media began to echo leftist chants that Mitt Romney had won the debate by “lying”–a word that is being bandied about with great regularity now.
At least we now know how Romney won the debate against the impotent Obama. He’s a liar.  That’s it.  That’s how he shut Obama down on every issue. That’s why Obama as entirely powerless to respond to the questions posed to him or adequately explain his position on issues and on the first four years of his presidency–because Romney lies.
In fact, legendary investigative journalist Bob Woodward, no ally of the GOP, has suggested that President Obama was obviously distracted during the debate, to a degree that suggests that a major issue had been raised earlier on the day of the debate. When asked what the worrisome issue might be, he revealed that word of a major campaign finance scandal is rumored to be breaking soon.
We will have to stay tuned to learn what is really going on inside of the Obama Administration–because despite the president’s assurance that his White House would be the most open and transparent in history, we are only beginning to scratch the surface of a Politburo styled Chicago Machine that has been hiding skeletons as fast as it can dig.
PUBLIUS