A missile flies toward U.S. air space in the dark of night. The threat is detected from outer space, and a missile soars in response out of the Pacific Ocean — and within minutes the threat is vaporized. 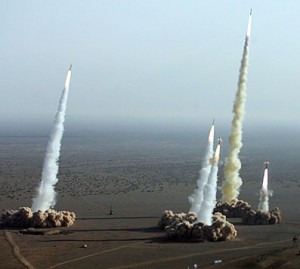 This is no movie: It’s just an ordinary day for the U.S. Navy, which is actively testing the might of a system designed to keep the homeland safe.

In mere minutes the target was vaporized, one missile striking another like a bullet hitting a second bullet in flight.

Aegis-equipped ships can simultaneously attack targets on land, ships and submarines, all while automatically unleashing defenses against enemy aircraft and missiles threatening the fleet, forces or homeland. And the system will remain robust despite budget cuts from sequestration: On Tuesday, March 5, Lockheed Martin was awarded a five-year, $100.7 million contract to maintain and upgrade the Aegis combat system.

Testing
In the wee hours of Valentine’s Day at 4:10 a.m. ET, the Pacific Missile Range Facility in Hawaii launched a medium range ballistic missile that headed northwest over the Pacific Ocean — the 30th test of the system since 2002.

Up in outer space, the Space Tracking and Surveillance System detected and tracked the “threat.”  It sent the data back down to Earth to the USS Lake Eerie out at sea.

The ship processed the threat data and launched a Raytheon-made SM-3 Block IA missile, a defensive weapon that can destroy short- to intermediate-range ballistic missiles.

In mere minutes the target was vaporized, one missile striking another like a bullet hitting a second bullet in flight. The impact is like a 10-ton truck traveling at 600 mph colliding with a wall, Raytheon says.

Ballistic Missile Threat
Over the past five years, more than 1,200 ballistic missiles have been added to the world’s arsenal, according to the Missile Defense Agency. The total outside the United States, NATO, Russia and China has now risen over 5,900 missiles.

The MDA estimates that hundreds of missiles and launchers are within range of deployed U.S. forces right now.

Advanced ballistic missile technology is now far more widely available to countries hostile to the U.S., and the threat of hostile non-state groups is growing.

In 2009, the Revolutionary Guards tested the Shahab-3 and Sajjil rockets, believed to have ranges of approximately 1,240 miles, meaning they could strike targets in Israel and U.S. bases in the Gulf.

North Korea’s Taepodong-1 could reach Japan and South Korea — as well as U.S. bases, like Okinawa in the region. The Taepodong-2 has a 25 percent greater range, and if eventually successful could reach the U.S. homeland. Its first launch in 2006 appeared to be a failure and its second appearance in 2009 fared no better.

But a leaked 2011 U.N. report seemed to suggest Iran and North Korea were swapping notes on ballistic missile development.

U.S. Ballistic Missile Defense System
American missile defense technology is designed to meet ballistic missile threats at all ranges from short to long, thanks to a “layered defense.”

The BMD system has three main components: detection, interception, and a communications and battle management network.

For target detection and tracking, there are networked sensors and ground- and sea-based radars in addition to the space-based sensors.

Ground- or sea-based interceptors launch missiles to destroy the target.

The third piece, the network, provides commanders with links between the sensors and the interceptor missiles.

Space-based detection and tracking is particularly important because it allows a larger area to be defended. It also enables threats to be intercepted at a longer range than if only ground-based detection systems were used.

Almost one year ago in April 2011, the first successful use of the space-based sensors was demonstrated.

To defend the homeland, Aegis ships patrol, detect and track ballistic missiles. The ships provide data to other Navy BMD ships and ground-based Midcourse Defense interceptors like Fort Greely in Alaska and Vandenberg Air Force Base in California.

As of November 2012, there were 26 Aegis BMD combatants, comprising cruisers and destroyers, assigned to both the Pacific and Atlantic Fleet.

The MDA and the Navy are working together to increase the number of Aegis ships.

Ballet dancer turned defense specialist Allison Barrie has traveled around the world covering the military, terrorism, weapons advancements and life on the front line. You can reach her at wargames@foxnews.com 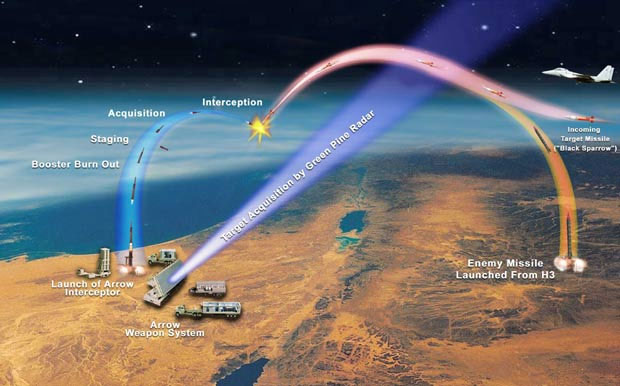