Notice: Function add_theme_support( 'html5' ) was called incorrectly. You need to pass an array of types. Please see Debugging in WordPress for more information. (This message was added in version 3.6.1.) in /home/kj8d9sfz7jzn/public_html/federalistpress.com/wp-includes/functions.php on line 5831
 US Pastor Imprisoned in Iran Abondoned by Obama 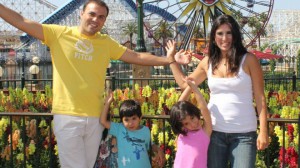 The American pastor imprisoned in Iran, in a vivid letter to his wife, described how he was beaten to the point where parts of his face were “swollen three times what they should have been” and was denied medical treatment because he was seen as an “unclean” Christian.

The letter was received by Saeed Abedini’s family this week, though it may have been written weeks ago. The new details come as his family, the attorneys representing them, and several Capitol Hill lawmakers urge the Obama administration to exert more pressure on Iran to release the pastor.In a sign of movement, the U.S. ambassador to the U.N. Human Rights Council on Thursday directly called for Abedini’s release during a meeting in Geneva, which an attorney for the family called the “first pro-active statement by … our administration” in the case.

The letter from Saeed Abedini

to his wife Naghmeh described in detail how he’s been mistreated at Iran’s notorious Evin Prison. He described how he saw his face for the first time in the mirror of an elevator.

“I said hi to the person staring back at me because I did not recognize myself,” Abedini wrote. “My hair was shaven, under my eyes were swollen three times what they should have been, my face was swollen, and my beard had grown.”

The pastor explained how, despite his situation, he is trying to focus on “forgiveness.” He said he forgave the “interrogator who beat me” as well as the doctor who “did not give me the medication that I needed.”

Abedini wrote that a nurse would not provide him with treatment because she said “in our religion we are not suppose to touch you, you are unclean.” He wrote that he could not fall to sleep one night because of the pain, as he listened to the sound of “dirty sewer rats with their loud noises and screeches.”

Attorney Jordan Sekulow, though, told Fox News on Friday that he has since received a medical review. Sekulow said Abedini was promised he’d be moved to a hospital outside the prison, though cautioned that the family would have to see that happen to believe it.

Donahoe came under criticism for neglecting to specifically address the case at a recent meeting in Geneva on Iran’s human rights record. Donahoe instead broadly criticized “the Iranian government’s ceaseless campaign of abuse” against those who dissent. Administration officials had discussed Abedini’s case in public before, but only when questioned about it by reporters and others.

The State Department also declined to provide a witness to testify last week during a Capitol Hill hearing where Naghmeh Abedini spoke.

The wife and her attorneys did meet with State Department officials following last Friday’s hearing in Washington.

Abedini has been held in Iran’s Evin Prison since September of last year and was sentenced to eight years in prison in January — accused of evangelizing and threatening national security.

Naghmeh Abedini met Saeed in 2002 and they married two years later. Both had converted from Islam to Christianity — Saeed became a U.S. citizen in 2010.

The Iranian government does not recognize his American citizenship, though it had enabled him to travel freely between both countries until this past summer, when he was pulled off a bus and placed under house arrest, according to his supporters.