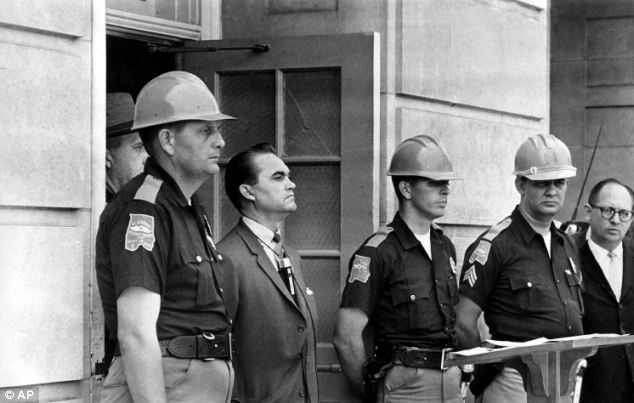 Swain has caused uproar in the past by stating in a 2015 article for The Tennessean that we must “institute serious monitoring of Islamic organizations.” She is also a heavy critic of the racial activist group, Black Lives Matter, calling it a  “very destructive force” during an interview on CNN last July.

“Since its founding in 1829, the Democratic Party has fought against every major civil rights initiative, and has a long history of discrimination,” Swain said.

Swain recounted the founding of the Republican Party in 1854 as the anti-slavery party, with the intention of abolishing the practice of slavery, and stopping its expansion into the western territories. Their first attempt to abolish slavery failed when the Supreme Court ruled that slaves were not citizens, but were property in the 1857 case of Dred Scott v. Sandford. Of the nine justices on the Supreme Court at that time, the seven who voted for slavery were all Democrats, but the two dissenting justices were both Republican.

Swain continued by telling of the Democrats segregation efforts that began during the reconstruction era, and continued all the way through to the 1960s, when Democrats took measures that suppressed the rights of blacks to vote, or own property. This was stopped by the Civil Rights Act, which Democrats filibustered for 75 days. Republicans eventually claimed victory in favor for the Civil Rights Act, Swain said, but the Democrats would go on to adopt a new tactic.

“And when all of their efforts to enslave blacks, keep them enslaved, and then keep them from voting had failed, the Democrats came up with a new strategy: If black people are going to vote, they might as well vote for Democrats. As President Lyndon Johnson was purported to have said about the Civil Rights Act, ‘I’ll have them n*****s voting Democrat for two hundred years,’” Swain said.

Johnson’s “war on poverty,” enacted anti-poverty legislation such as the Food Stamp Act of 1964, and the Social Security Act of 1964. From 1965 to 1974, government provided benefits increased by a factor of 2o. As the Cato Institute noted in a study, these entitlement programs incentivized lifestyles that encouraged government dependence such as single motherhood in order to continue to receive greater government benefits. This reliance on government dependence encourages voting in favor of the party that champions welfare and entitlements.

“So now, the Democratic Party prospers on the votes of the very people it has spent much of its history oppressing.”