Notice: Function add_theme_support( 'html5' ) was called incorrectly. You need to pass an array of types. Please see Debugging in WordPress for more information. (This message was added in version 3.6.1.) in /home/kj8d9sfz7jzn/public_html/federalistpress.com/wp-includes/functions.php on line 5831
 Whistleblower Risks Decades in Jail to Tell People About Obama Spying 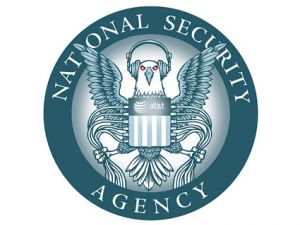 The reported source of the bombshell leaks about the U.S. government gathering information on billions of phone calls and Internet activities risks decades in jail for the disclosures if the U.S. can extradite him from Hong Kong, where he says he has taken refuge after saying his sole motive was to “inform the public.”

Edward Snowden, 29, who claims to have worked as a contractor at the National Security Agency and the CIA, allowed The Guardian and The Washington Post to reveal his identity Sunday. Snowden, in a video that appeared on the Guardian’s website, said two NSA surveillance programs are wide open to abuse.

“Any analyst at any time can target anyone. Any selector. Anywhere,” Snowden said. “I, sitting at my desk, had the authority to wiretap anyone, from you or your accountant to a federal judge to even the president if I had a personal e-mail.”

Snowden said he was a former technical assistant for the CIA and a current employee of defense contractor Booz Allen Hamilton, which released a statement Sunday confirming he had been a contractor with them in Hawaii for less than three months. Company officials have promised to work with investigators.

Snowden told the Guardian he believes the government could try to charge him with treason under the Espionage Act, but Mark Zaid, a national security attorney who represents whistle-blowers, told The Associated Press that that would require the government to prove he had intent to betray the United States. Snowden has said his “sole motive” was to inform the public and spur debate.

In a note accompanying the first set of documents he provided to the newspaper, Snowden wrote: “I understand that I will be made to suffer for my actions,” but “I will be satisfied if the federation of secret law, unequal pardon and irresistible executive powers that rule the world that I love are revealed even for an instant.”

Snowden told the Post he was not going to hide.

“Allowing the U.S. government to intimidate its people with threats of retaliation for revealing wrongdoing is contrary to the public interest,” he said in the interview published Sunday. Snowden said he would “ask for asylum from any countries that believe in free speech and oppose the victimization of global privacy.” 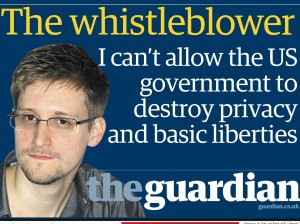 Snowden is now staying in Hong Kong and seeking asylum outside the United States, possibly in Iceland, The Guardian reports.

If the reports are accurate, Snowden could face many years in prison for releasing classified information if he is successfully extradited from Hong Kong or elsewhere.

The Office of the Director of National Intelligence declined to comment on Snowden’s disclosure, saying the issue has been referred to the Justice Department.

However, the agency said: “Any person who has a security clearance knows that he or she has an obligation to protect classified information and abide by the law.”

“The Department of Justice is in the initial stages of an investigation into the unauthorized disclosure of classified information by an individual with authorized access,” Justice Department spokeswoman Nanda Chitre said in a statement late Sunday.

New York Republican Rep. Peter King, chairman of the Homeland Security Subcommittee on Counterintelligence and Terrorism and a member of the Select Committee on Intelligence, said: “If Edward Snowden did in fact leak the NSA data as he claims, the United States government must prosecute him to the fullest extent of the law and begin extradition proceedings at the earliest date. The United States must make it clear that no country should be granting this individual asylum. This is a matter of extraordinary consequence to American intelligence.”

In a nearly 13-minute video that accompanied The Guardian story Sunday, Snowden says he has no intentions of hiding because he has done nothing wrong.

“When you’re in positions of privileged access … . You recognize some of these things are actual abuses,” Snowden said about his decision to be a whistle-blower. “Over time, you feel compelled to talk about it.”

The Guardian broke the story late Wednesday that the federal government was collecting phone call records from Verizon customers.

The Guardian and the Post followed with a series of reports about the calls being taken from other telecommunications companies and that the NSA and FBI have a Internet scouring program, code-named PRISM, that records Internet activities, all part of a post-9/11 effort to thwart terrorism.

White House spokesman Josh Earnest said the Oval Office would not comment on Snowden before Monday.

Washington officials have acknowledged all branches of the federal government — Congress, the White House and federal courts — knew about the collection of data under the Patriot Act.

Still, the leaks have reopened the debate about privacy concerns versus heightened measure to protect against terrorist attacks. They also led the NSA to ask the Justice Department to conduct a criminal investigation.

National Intelligence Director James Clapper has decried the leaks as reckless. And in the past days he has taken the rare step of declassifying some details about them to respond to media reports about counterterrorism techniques employed by the government.

“Disclosing information about the specific methods the government uses to collect communications can obviously give our enemies a ‘playbook’ of how to avoid detection,” Clapper said Saturday.

PRISM allows the federal government to tap directly into the servers of major U.S. Internet companies such as Google, Apple, Microsoft, Facebook and AOL, scooping out emails, video chats, instant messages and more to track foreign nationals who are suspected of terrorism or espionage.

The chief executives of Facebook and Google have said their companies were not aware of the data grab.

Officials say the government is not listening to any of the billions of phone calls, only logging the numbers.

President Obama, Clapper and others also have said the programs are subject to strict supervision of a secret court.

Obama said Friday that the programs have made a difference in tracking terrorists and are not tantamount to “Big Brother.”

The president acknowledged the U.S. government is collecting reams of phone records, including phone numbers and the duration of calls, but said this does not include listening to calls or gathering the names of callers.

However, the president said he welcomes a debate on that issue.

The Guardian reported that Snowden was working in an NSA office in Hawaii when he copied the last of the documents he planned to disclose and told supervisors that he needed to be away for a few weeks to receive treatment for epilepsy.

Snowden is quoted as saying he chose Hong Kong because it has a “spirited commitment to free speech and the right of political dissent” and because he believed it was among the spots on the globes that could and would resist the dictates of the U.S. government.

Hong Kong has an extradition treaty with the United States that took force in 1998, according to the U.S. State Department website.

“The government could subject him to a 10- or 20-year penalty for each count,” with each document leaked considered a separate charge, Mark Zaid, a national security lawyer who represents whistle-blowers told the Associated Press.

Snowden is quoted as saying he hopes the publicity of the leaks will provide him some protection.

“I feel satisfied that this was all worth it. I have no regrets,” Snowden told the Guardian.

Snowden was said to have worked on IT security for the CIA and by 2007 was stationed with diplomatic cover in Geneva, responsible for maintaining computer network security. That gave him clearance to a range of classified documents, according to the Guardian report.

“Much of what I saw in Geneva really disillusioned me about how my government functions and what its impact is in the world,” he says. “I realized that I was part of something that was doing far more harm than good.”

Published June 10, 2013 / FoxNews.com / The Associated Press contributed to this report.