Notice: Function add_theme_support( 'html5' ) was called incorrectly. You need to pass an array of types. Please see Debugging in WordPress for more information. (This message was added in version 3.6.1.) in /home/kj8d9sfz7jzn/public_html/federalistpress.com/wp-includes/functions.php on line 5831
 World Leaders Duped into Investing Billions with Manipulated Global Warming Data 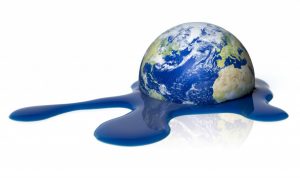 The Mail on Sunday today reveals astonishing evidence that the organisation that is the world’s leading source of climate data rushed to publish a landmark paper that exaggerated global warming and was timed to influence the historic Paris Agreement on climate change.

A high-level whistleblower has told this newspaper that America’s National Oceanic and Atmospheric Administration (NOAA) breached its own rules on scientific integrity when it published the sensational but flawed report, aimed at making the maximum possible impact on world leaders including Barack Obama and David Cameron at the UN climate conference in Paris in 2015.

The report claimed that the ‘pause’ or ‘slowdown’ in global warming in the period since 1998 – revealed by UN scientists in 2013 – never existed, and that world temperatures had been rising faster than scientists expected. Launched by NOAA with a public relations fanfare, it was splashed across the world’s media, and cited repeatedly by politicians and policy makers.
But the whistleblower, Dr John Bates, a top NOAA scientist with an impeccable reputation, has shown The Mail on Sunday irrefutable evidence that the paper was based on misleading, ‘unverified’ data.
It was never subjected to NOAA’s rigorous internal evaluation process – which Dr Bates devised.
His vehement objections to the publication of the faulty data were overridden by his NOAA superiors in what he describes as a ‘blatant attempt to intensify the impact’ of what became known as the Pausebuster paper.

His disclosures are likely to stiffen President Trump’s determination to enact his pledges to reverse his predecessor’s ‘green’ policies, and to withdraw from the Paris deal – so triggering an intense political row.

In an exclusive interview, Dr Bates accused the lead author of the paper, Thomas Karl, who was until last year director of the NOAA section that produces climate data – the National Centers for Environmental Information (NCEI) – of ‘insisting on decisions and scientific choices that maximised warming and minimised documentation… in an effort to discredit the notion of a global warming pause, rushed so that he could time publication to influence national and international deliberations on climate policy’.
Dr Bates was one of two Principal Scientists at NCEI, based in Asheville, North Carolina.
A blatant attempt to intensify paper’s impact
Official delegations from America, Britain and the EU were strongly influenced by the flawed NOAA study as they hammered out the Paris Agreement – and committed advanced nations to sweeping reductions in their use of fossil fuel and to spending £80 billion every year on new, climate-related aid projects.
The scandal has disturbing echoes of the ‘Climategate’ affair which broke shortly before the UN climate summit in 2009, when the leak of thousands of emails between climate scientists suggested they had manipulated and hidden data. Some were British experts at the influential Climatic Research Unit at the University of East Anglia.

LED TO THESE GREEN COMMITMENTS
– Data published by NOAA, the world’s top climate data agency, claimed global warming was worse than previously thought. The information was published to coincide with the Paris climate change conference in 2015, where world leaders agreed that…
– $100bn be given every year in extra ‘climate-related’ aid to the developing world by rich nations
– 2 degrees C be set as the limit for maximum temperature rise above pre-industrial times
– 40% of CO2 emissions would be cut across the EU by 2030
– £320bn… what the UK’s pledges will cost our economy by 2030

NOAA’s 2015 ‘Pausebuster’ paper was based on two new temperature sets of data – one containing measurements of temperatures at the planet’s surface on land, the other at the surface of the seas.
Both datasets were flawed. This newspaper has learnt that NOAA has now decided that the sea dataset will have to be replaced and substantially revised just 18 months after it was issued, because it used unreliable methods which overstated the speed of warming. The revised data will show both lower temperatures and a slower rate in the recent warming trend.

The land temperature dataset used by the study was afflicted by devastating bugs in its software that rendered its findings ‘unstable’.

The paper relied on a preliminary, ‘alpha’ version of the data which was never approved or verified.
A final, approved version has still not been issued. None of the data on which the paper was based was properly ‘archived’ – a mandatory requirement meant to ensure that raw data and the software used to process it is accessible to other scientists, so they can verify NOAA results.

Dr Bates retired from NOAA at the end of last year after a 40-year career in meteorology and climate science. As recently as 2014, the Obama administration awarded him a special gold medal for his work in setting new, supposedly binding standards ‘to produce and preserve climate data records’.
Yet when it came to the paper timed to influence the Paris conference, Dr Bates said, these standards were flagrantly ignored.

The paper was published in June 2015 by the journal Science. Entitled ‘Possible artifacts of data biases in the recent global surface warming hiatus’, the document said the widely reported ‘pause’ or ‘slowdown’ was a myth.

Less than two years earlier, a blockbuster report from the UN Intergovernmental Panel on Climate Change (IPCC), which drew on the work of hundreds of scientists around the world, had found ‘a much smaller increasing trend over the past 15 years 1998-2012 than over the past 30 to 60 years’. Explaining the pause became a key issue for climate science. It was seized on by global warming sceptics, because the level of CO2 in the atmosphere had continued to rise.